Animals are not people. Sorry about having to tell you this, they are living things deserving our utmost respect, but there’s not a hippo I know who is really Mama Cass with a preference for long, lacey dresses.

I’ve tried avoiding the attached video, just as I’ve tried avoiding talking about the lion who adopted an oryx in Samburu, or the buffalo gang war that saved junior from the teeth of Capt Cook’s nemesis. But, alas, too many of you have sent me this video.

Then, a very young zebra, I’d estimate less than three weeks and maybe younger, gets separated from its family as they try to cross through the strong current of the Mara River in the far north Serengeti.

Lost and bewildered, Mama Cass arrives on the scene to escort the darling to a little rock island and watches over it while it regains its strength before sending it striding into its bright future across the final trickles of the stream to land fall.

(Where, I now speculate which is not in the video, it is immediately consumed by a cat.)

I don’t know the lodge manager, so I don’t know if he really believes what he says. It could just all be the start of a new children’s book series, and if that’s what it is, congratulations Joe you’ve lucked out.

But if there’s one iota of real belief in what he says, he’s nuts.

Here’s my take. It was a pretty large hippo, so likely a female and even more likely a female which had recently (very recently) lost a baby. This occurred during the wildebeest migration with lots of beef running across streams. Ergo, lots and lots of crocs.

The giant crocs especially along the Mara River are remarkable creatures that basically sleep for ten months of the year, waking for around two to eat. When they wake they are incredibly voracious, sloppy eaters.

They have difficulty discerning between a wildebeest and a baby hippo. In fact, I’ve seen them mistake a car tire for a wildebeest.

It’s a dire time for a hippo to give birth. And what that mother in the video was doing was not “escorting” the baby to the shore; quite to the contrary. What she was desperately trying to do was pull it back into open water and make it dive, below where crocs feed.

That’s the strategy for an unfortunate mother hippo who gives birth during the wildebeest migration. Keep the baby as deep in the water, where by the way it’s born to begin with, until the eating machines are full.

So sorry, folks. This was no cross-cultural bioethnic altruism for the good of the wild. It was just another hippo in a group doing what they do best, trying to survive.

And the cathartic tourists shooting the video were just doing what bad tourists do best, making fantasies out of reality.

Here’s a better way. Nick Brandt is one of the most creative artists working in East Africa. He sticks with black-and-white images, and by so doing does what he does best, makes reality out of fantasies.

His photos are remarkable for not being realistic, but futuristic or sometimes even apocalyptic. And in so doing he conveys stellar truths about elephants and lions and so much more, portraying their intrinsic beauty in almost mechanical ways. But most of all, after viewing these photos you are left more with emotions than explanations.

And that’s much closer to representing the reality of Africa’s wild than misinterpreting instinct for empathy. Animals don’t have empathy. We have empathy. 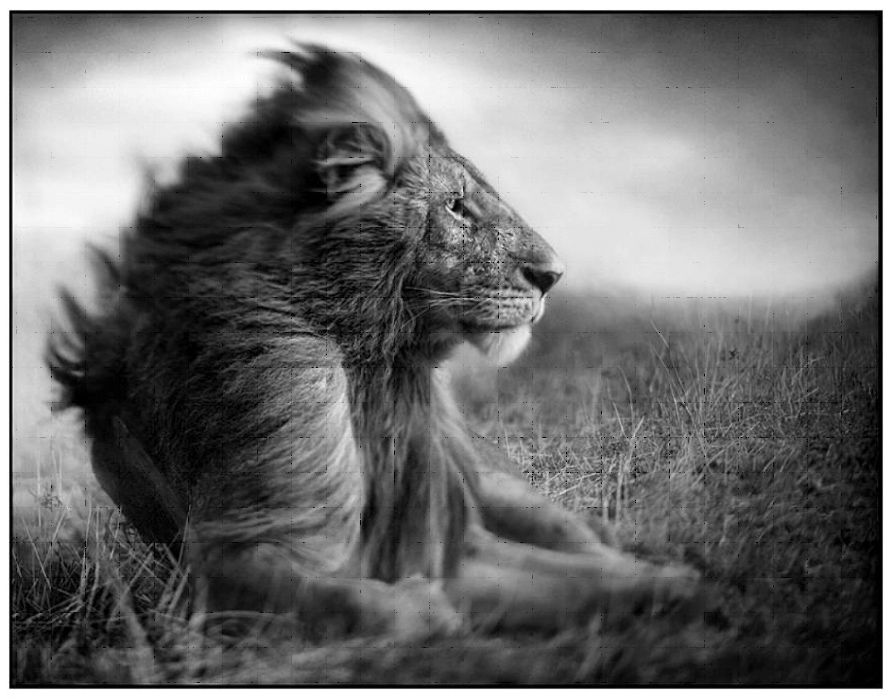