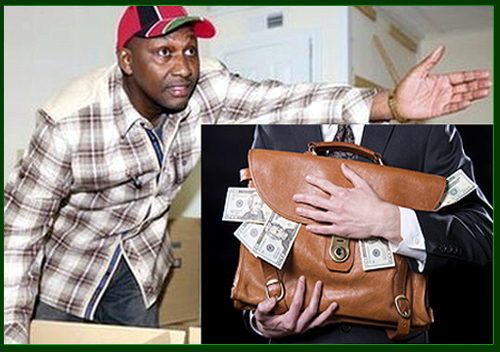 The African diaspora in North America is a vital component of today’s modern African societies, and Africans are now worried that Trump could change that.

The possibility that a large number of Americans will emigrate to Canada in reaction to a Trump presidency is not a sarcastic joke, but a realistic threat to many Africans.

Concerned that Americans will be able to ‘break the queue’ getting residency rights to Canada, Africans worry they’ll be displaced from the pipeline.

Discounting several new websites in the States like “Maple Match“ the article interviewed “businessman Neil Katz,” a well-known agent who helps Kenyans obtain dual citizenship, for his take on the possibility that ‘Americans will flee to Canada.’

Katz assured the interviewer that Canadians would not alter their policies for fleeing Americans, although he conceded that the Canadian “break the queue” loophole allows anyone with $100,000 to invest to go to the head of the line.

This could be someone who uses that money to buy a home, and this is the type of “mass emigration” that worries the Kenyans.

Diasporas are something quite foreign to Americans, since as of yet there really isn’t an American diaspora anywhere. In contrast, the 80,000 Kenyans, 40,000 Ethiopians and 120,000 Nigerians with residency in the U.S. are integral components to their homeland’s economy.

Many of the jobs taken in North America by African immigrants are in nursing, home care and maintenance for which there aren’t enough American applicants. But there are also many very successful business people.

These folks create networks that stretch back home, bringing everything from high tech startups to simple manufacturing industry skills to these rapidly emerging economies.

A controversial Cape Breton website explicitly inviting Americans to emigrate was widely circulated in February, and has toned down in reaction to concerns like those expressed this Sunday in Kenya. It now emphasizes that it welcomes everyone around the world, not just those fleeing Trump.

It remains, however, the perfect example as to why foreigners considering emigrating to Canada are worried that Americans will displace them.

The average housing price in Canada is just over $80,000. The average home in Cape Breton is 50% higher, reflecting a genteel, modern and up-scale community. But that price is actually well below what most retirees in America considering emigration already hold as equity in their current home in the States.

The $100,000 threshold to break the queue in Canada is thus no big deal at all for these retiree ”asylum” seekers.

Note that a similar move by the well-off, older middle and upper class occurred in the Weimar Republic, not long before a populist became the leader of Germany.