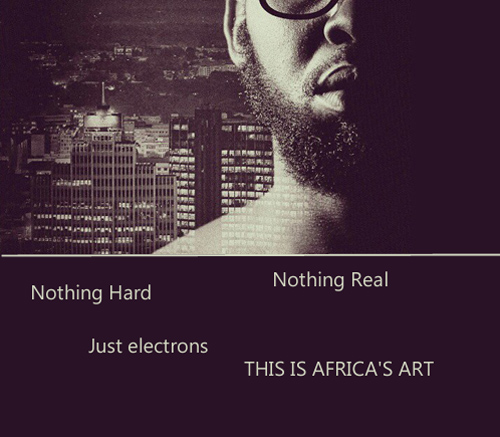 Contemporary African art has had a niche among American collectors for several decades, but young artists in Africa are abandoning traditional media completely, and wholeheartedly embracing strictly digital art.

I have several precious oil canvasses bought decades ago in Africa which have been fortunate enough to appreciate in value commensurate with the unique quality. But it’s time to move on. The best young artists in Africa are no longer taking out a canvas and mixing colors with a brush. They’re doing it digitally.

Certainly digital art includes filmmaking, which we tend here at home to separate out as an entire media in itself. But it is by no means the end-all and be-all of African digital art, which includes all varieties of media translated through digital media. 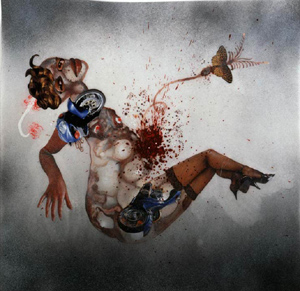 Kennyan Wangechi Mutu is renowned for her dramatic female figures. Mutu’s work has been featured in some of the finest museums and galleries in the world including the San Francisco Museum of Modern Art, Tate Modern in London, and the Centre Pompidou in Paris.

Egyptian Miriam Ibrahim (one of her most famous pieces is shown at the bottom of this blog) describes her passion for digitally altering her portrait photography as one of a “deviantart.” Her often haunting portraits suggest women beset by overwhelming fears, oppressed and lost. 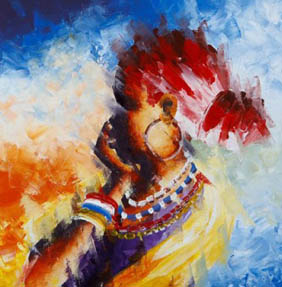 Saidi Ray begins and often ends with traditional acrylics but he sells the finished work not as pieces of canvas but as digital art. From Tanzania, he takes what only a few years ago would have been considered quite traditional primary color renditions of traditional subjects, like native tribes, and whisks them into modern media, a contemporary surrealism.

But of them all Kenyan Mutua Matheka epitomizes the ultimate in digital art: instagram. (His signature piece titles this blog.) His remarkably creative and powerful images are as expansive or focused as the movements of your fingers spreading on the iPad. Above all, Mutua represents what African art has become today.

For many more examples from artists across the continent, click here.