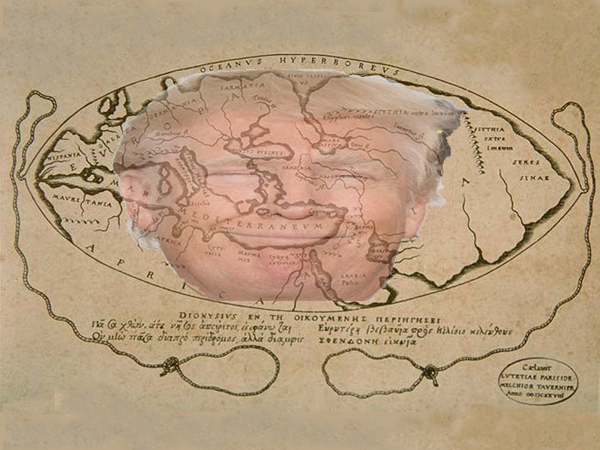 Today in a few hours America installs Trump. It’s very hard for any of us to do much of anything but watch and listen to the proceedings.

Gambia, too, is installing a new president today, with the help of thousands of soldiers from neighboring countries and in the absence of nearly a fifth of the country’s population which has fled.

Which would you rather be? A Gambian or an American?

Several evenings ago a very popular liberal talk-show host opened her show with a long segment on Gambia. Most Americans have no idea what or where The Gambia is. Rachel Maddow’s interest was not really The Gambia, but rather about how Trump was stepping into office without the traditional number of experts on staff who would know about The Gambia and everything else about Africa and the rest of the world.

According to Maddow most presidents, like Obama, have more than 4,000 policy experts who are directly linked to the White House. Most of those positions are filled before the president is actually inaugurated. Maddow said that Trump has only 60.

If it really takes 4000 experts to quickly funnel the information in the world into understandings on which quick and correct reactions can be made, Trump will not be able to do so. America will suddenly be very disengaged from the rest of the world.

I know a number of very sharp young Americans who are African experts working for our government. I’ve had personal exchanges with them this week. I couldn’t be prouder of America when I think about them, their dedication and depth of experience, their mature restraints that nonetheless don’t inhibit their imaginative approaches to situations. If even a tenth of the 4000 are like them, we’re OK…. if

… they can make decisions on their own. Apparently their bosses no longer exist.

The world moves on whether we choose to walk with it or not. Trump may not understand this. Like the early leaders who created the map I stared at for hours in the British Library which was little more than Jerusalem but depicted as the universe, Trump’s America is a center that expands to fill itself.