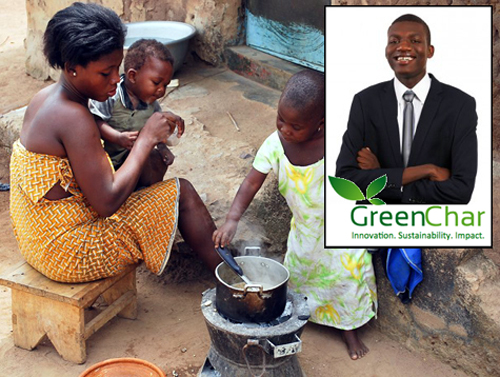 Even the poorest places in Africa are trying to reduce carbon emissions. Will shame change our behavior?

I was incredibly touched with a heavy dose of admiration and melancholy when I read recently about 19-year old Tom Osborn of Kenya, the founder of a “green” charcoal briquette company in Kenya.

As a high school top performer Osborn mastered the internet and found international and local foundations concerned with Africa’s struggles, and particularly how it might develop in a “greener” fashion.

The vast majority of Africans today cook using charcoal. The unit devastation to our planet for making a meal using charcoal is significantly greater than using more refined fossil fuels like propane, but that’s simply beyond the economics of the poor.

“That really shocked me and made me start thinking of my mom, and that maybe she was slowly dying from all the times she had cooked for us. So I wanted to try to help her.”

Osborn linked with MIT students who had published studies of turning agricultural waste into charcoal briquettes. They confirmed that briquettes from discarded sugar cane stalks, for example, produce 90% less smoke and 60% more heat than an equal amount of charcoal.

Networking was the key and one link led to another. Osborn was named as one of the “30 under 30 Forbes entrepreneurs” which gave him enormous credibility that this creative kid turned into lots of startup money.

He received $80,000 from Echoing Green and another $10,000 from the Anzisha Foundation which gave him enough getup and go to partner with Envirofit that makes energy efficient charcoal stoves.

His company now bundles the energy efficient stove with his sugar cane briquettes and has so far sold to several thousand customers.

Osborn’s GreenChar benefits from great IT assistance and has a fabulous, modern website. Osborn has mastered networking with all the right people.

Osborn is a brilliant kid.

It is completely unlikely that this company will succeed: Admiration and melancholy.

Envirofit’s stove is fabulous, but very expensive by African standards. Osborn has admitted that he has achieved his first market niche by selling below or near costs, funded by his grants.

The world is cleaner. A young man is learning the ropes. And the western world is applauding him for trying so hard, but the crashing hammer of capitalism means the effort continues only as charity or dies.

I’m elated that one day when Osborn is 30 years old he might be sitting in the CEO chair for Kenya Airways or IBM – South Africa. It’s fantastic that this kid in rural Kenya has tunneled out of poverty using in the beginning nothing more than the internet.

But hold your applause.

The day will come when unfettered cooking in Africa is achieved either by violent revolution or the radical global redistribution of wealth that prevents it. None may be in a better position to help make that choice than Tom Osborn.

Admiration and melancholy. Maybe, too, a little bit of hope.