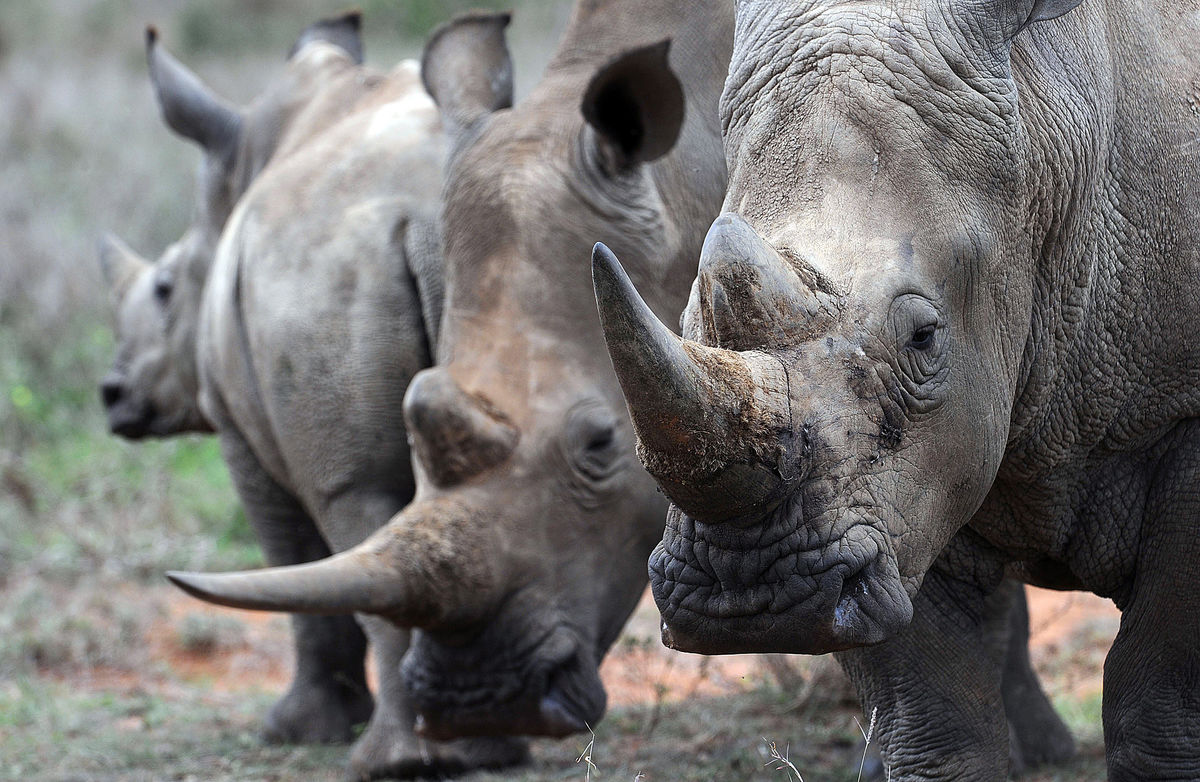 Five years ago I suggested the only way to save the northern white rhino was “DNA deep-freeze.” This week scientists agreed and Bloomberg confused the world.

The media was abuzz this week with reports that the remaining five “northern white rhino” in existence might now be saved by invitro fertilization, a report widely circulated by Bloomberg News.

If only the world had disseminated Nairobi’s Daily Nation report
instead:

Let’s try to parse the facts. Stick with me.

The first is that many of the repeats of the Bloomberg Bit were so short and so incomplete that people started to think the news was about all rhino:

We aren’t discussing all the critically endangered rhino in general, which definitely includes at least five gene-separated anatomical cousins:

There are about 5000 black rhino (Diceros bicornis) left in the world. Very few are actually wild. Numbers are hard to come by, but probably less than 500. The others are mostly in private protected sanctuaries and reserves in sub-Saharan Africa and in zoos.

There are over 20,000 white rhino (Ceratotherium simum) mostly in heavily protected wilderness in southern Africa like the completely fenced-in Umfolozi-Hluhluwe national parks in South Africa, or in private reserves and sanctuaries and zoos. Like the black rhino very few actually live in the wild or unfenced national parks.

More critically endangered are the remaining three species, all of which live in near fortress protected sanctuaries: 44 Javan Rhino (Rhinoceros sondaicus) found only in Indonesia’s Ujung Kulon National Park; less than 100 Sumatran Rhino (Dicerorhinus sumatrensis) in disconnected wildernesses in Indonesia; and the 3300 Greater One-horned Rhino (Rhinoceros unicornis) found in eastern India and Nepal.

My first trek with this week’s media blitz was that many publications didn’t make the differentiation above and the suggestion hung out there that only a half dozen rhinos were left in the world.

This story is not about all rhino but about a possible subspecies of one of the five species of rhino: the “northern” white rhino (ceratotherium simum cottoni).

By the way some scientists do want to call this animal a separate sixth species, rather than a subspecies, for the astoundingly absurd reason that this animal might soon go extinct.

So whether this animal is actually the 6th species of what we commonly refer to as “rhino” or whether it is a subspecies (ceratotherium simum cottoni) of the white rhino (Ceratotherium simum), it is anatomically different enough that its loss would be another extinction catastrophe.

In 2009 four of the remaining 8 still alive in the world were shipped to Kenya from a Czech zoo, and I was critical of that. At the time, two remained in that Czech zoo and two in San Diego’s Wild Animal Park. One animal has died since in both those places, leaving the four sent to Kenya, one in the Czech Republic and one in California.

I was critical at the time because I felt there was so much poaching in Kenya that it was a death sentence. Wildlife managers obviated that by cutting off their horns, a very controversial strategy that had not been announced prior to the relocation.

I understand why dehorning wasn’t announced at the time, since it’s extremely controversial. Particularly in Zimbabwe dehorned rhinos contracted massive infections that often killed them, and when they survived, the horn often grew back. There hasn’t really been sufficient time in the last five years for a large enough horn to grow back on the ones dehorned in Kenya.

So for the moment we can recognize the strategy as being successful.

The reason for the risky move to Kenya was the hope the rhinos would breed once they were in a more natural habitat. Many of us knew they wouldn’t. Rhinos held in captivity for long periods of time don’t breed no matter where they’re moved. (Wild rhinos relocated into large wild reserves like Lewa Downs in Kenya are another matter, and often then breed well at least at first.)

These relocated rhino had been in a less than stellar zoo for decades.

They haven’t bred in Kenya.

In vitro fertilization was tried and hasn’t worked, either. Bloomberg News got it wrong:
“A Kenyan wildlife conservancy said it’s considering using in-vitro fertilization to try and save the northern white rhino from extinction, after an attempt to get them to breed naturally failed.”

BBC – as usual – got it right:
“The eggs will be stored with a view to being used for IVF in the future.”

Bloomberg and thousands of outlets re-reporting them suggested a simple dairy cow procedure. It’s been tried and it’s failed. So the only hope now, as I suggested 5 years ago, is the “DNA-deep freeze” where eggs, sperm, and embryos from combined eggs and sperm, are all frozen until scientists can figure out how to take these to the next level, a fetus.

In vitro fertilization doesn’t work with these animals possibly because there’s a physiology that’s reflected in their lack of interest to mate, a chemical if you will prevention not of fertilization but of subsequent pregnancy.

The bad Bloomberg bit disseminated round the world generates very long and often boring explanations like this. Does that move learning forward? Which really helps the rhino? Which helps Bloomberg?