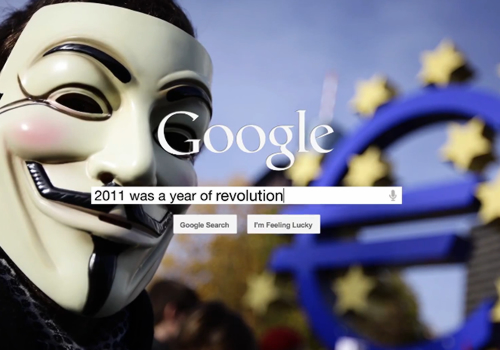 We’ve got another hit musical in the making: nuclear war over Tehran, American righties swinging from Egyptian guillotines, evil ladies wresting control of revolutions. Time to buy your season ticket.

The pointers in north Africa are swinging towards war: Egypt’s predictable predicament with the West cocks Israel’s war machine. This isn’t good.

Egypt’s prosecution of a number of Western NGOs allegedly for funding “destabilization” is the trigger. What? A revolution isn’t exactly stable. The notion that outside groups promote revolution at the peril of revolution is nonsensical.

Americans especially don’t understand revolution, not even their own distant one. Framing all regime changes in the history of our own relatively simple revolution more than two centuries is a mistake. We tend to think there are very few outcomes of a revolution: the good or the bad.

Only recently did American schoolbooks talk about the loyalists that supported the King. The idea that neighbors and friends and even relatives might have opposed the outcome at some earlier point doesn’t register. Too complicated.

But just reschedule your entertainment to include a few popular musicals like Les Miserables or Evita. A revolution unleashes all sorts of competing forces and until a lasting and dominant one prevails, all sorts of messes occur. Anything can happen.

In Egypt few were talking to the Muslim Brotherhood as it systematically garnered more and more control of the situation. Last year it was only al-Jazeera that early on regularly interviewed and reported on the Brotherhood. Barring any major disruption, the Brotherhood will soon become Egypt’s ruling force.

The 19 NGOs under prosecution are mostly American but also include one important German organization, and they’ve all been in Egypt for years. Some of the higher profile Americans, including the son of one of Obama’s cabinet secretaries, has taken sanctuary inside the American embassy. If their trial proceeds too far I can imagine SEALs attempting a rescue of those currently taking sanctuary in the American embassy in Cairo. Flashbacks to the Iranian revolution.

“The prosecution could hardly have been better designed to provoke an American backlash,” the New York Times writes this morning.

Situations like this are rarely logical, but they are predictable. I’m not suggesting that we should not have aggressively supported the Egyptian revolution, but perhaps this gives you a greater insight into why Russia and China want to try to screw a Syrian genie back into the bottle.

Societies like theirs are poorly prepared for the unprepared. In that competition, America wins the gold. And our unprepared for mistakes rattle the whole planet: CDS, anyone? Gambles sometimes lose.

In brilliantly reporting this morning NPR discovered that the person behind the Egyptian prosecutions is a woman holdover from the Mubarak regime, who apparently always distrusted Americans.

A revolution allows these types of sleeper ideologues to emerge and flourish. Imagine what chaos might ensue if Egypt’s military tries to interfere.

Add to this fluid situation a pinch of Iranian nuclear power, an obsessively conservative Israeli regime and an American election and you have all the ingredients for a major war. A century from now, perhaps it will be the most popular musical on Broadway.