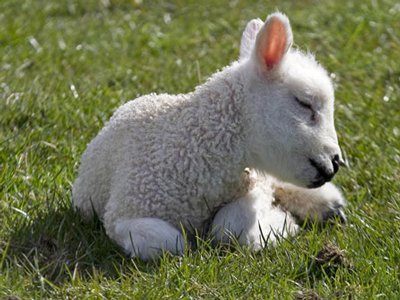 From far, far away, Kenya is being sacrificed to quell the war on terror. A young and dynamic, growing country with a tremendous future has been thrown to the wolves.

The war in Somalia is not going well for Kenya. The army advance is bogged down, more aid workers and civilians have been kidnaped or killed and many more injured near the front and by two grenade attacks in Nairobi city. The shilling is tanking and local prices are skyrocketing.

But it may be going well for America. Depending on your point of view, of course.

“Several of the missiles fired at jihadist fighters … on the Somali side of the border seem to have been fired from American drones or submarines,” the respected magazine, the Economist reports.

I want to stop al-Qaeda’s terrorism, who doesn’t? But fighting these endless proxy wars is inhumane. Go ahead, fire the drones, but don’t make Kenya the sacrificial lamb.

From the Kenyan border to the stated objective, the coastal city of Kismayo, the path using existing roads and tracks is about 150 miles. After 40 miles, the Kenyan military got bogged down in mud following heavy rains.

Fighting to that point was minimal. Skirmishes by al-Shabaab supporters and guerillas resulted in random and rapid firing by Kenyan troops. At the crossroads of Bilis Qoqani, 45 rebels ambushed the convoy and in the ensuing battle, the first real encounter between Kenya and al-Shabaab, the militants were routed, 9 killed and several Kenyans wounded.

At that point it was learned that an unexpectedly well organized al-Shabaab force was digging in at the city of Afmadow. This is actually north of the planned assault and now means the Kenyans have to confront the militants there or risk being attacked from their flank if they proceed directly to Kismayo.

So while today they are only about 85 miles from their objective, it looks like they must head north for the great battle at Afmadow, first.

And back at home, things couldn’t be worse for the everyday Kenyan. The city’s main newspaper calls it a “Nightmare.”

The world is surprisingly learning that a significant portion of the prewar Kenyan economy was linked to the port at Kismayo that the Kenyan military is now trying to take over.

“Supplies such as sugar, rice, cooking fat and powdered milk” and “even electronic goods and vehicles” come from Kismayo, even though it is controlled by al-Shabaab. Sugar in Kenya’s northeast today costs four times more than two weeks ago.

In the center of the country in Nairobi, the concern is not so much with sugar as shillings. A year ago the shilling traded at about 65-70 for one U.S. dollar. Today it returned to just under 100 after peaking yesterday at 106.

The median interest on a business loan shot up to 20% today, after the government’s request for a $65 million loan from the IMF was answered with only $25 million.

Tourism is being decimated. If everything ends well and Kenya is the super hero, tourism will rebound rather quickly. But that doesn’t look likely to me. I think we’re in a very long period of declining tourism.

More and more Kenyans are beginning to question the war, as I believe they should. “Let Us Rethink Our Somali Intervention” was the lead editorial in today’s Nairobi Star newspaper.

We all want al-Qaeda’s ruthlessness to stop, most of all Kenyans who have lived with it day in and day out for much of their lives. But violent eradication of an entrenched fighting force is not something Kenya can accomplish. If we as Americans have accomplished it in Iraq (which is very uncertain) look at the effort it took. Kenya cannot undertake that.

Obama knows that. Hillary knows that. But their allegiance is to their home. The sacrificial lamb comes from far, far away.