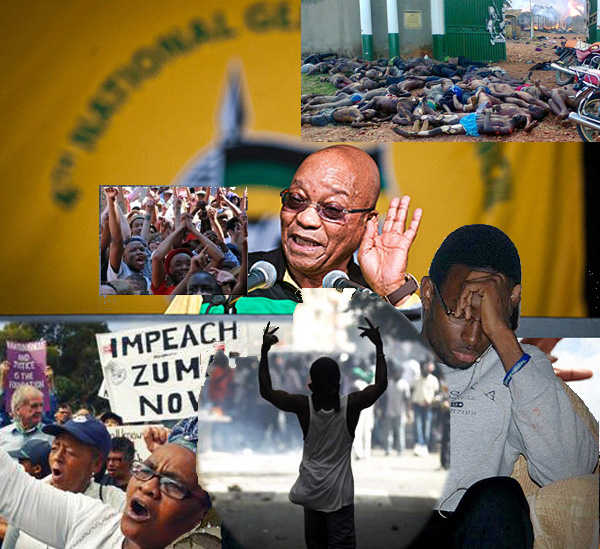 2016 was notable for the darkness which follows the dawn: as a comeback for dictators in Africa. For nearly the previous two decades dictatorship in Africa was on the decline and long-serving overlords looked increasingly in trouble. That changed in 2016.

It was actually the few years after Egypt’s Arab Spring that many considered the shift began. The energized democratic movement that toppled Mubarak got something ity didn’t want: Mursi, and subsequently quietly caved to a military coup that replaced the democratically elected president and buried a host of other democratic dreams.

Mursi ushered in an era in Egypt that would have turned into an Islamic dictatorship, albeit a legitimate majority. The youthful aggressors to the original dictatorship – a large portion of whom were not Muslim – decided that democracy wasn’t so appealing after all.

That may have been the first indication that youthful, energetic, democracy-oriented Africans were willing to give it all up for peace, but it’s a different situation that I’m referencing now: a 180-degree reversal of long-standing authoritarian regimes which were cracking now appear rock solid. Also unlike Egypt, the old dictatorships of Uganda and Zimbabwe lack any religious mission, although Uganda’s Museveni has became increasingly close to the Christian evangelicals of America’s alt-right.

Strong men like Museveni and Mugabe had been in power for longer than half the Africans on the continent had been alive when their regimes began to falter. Many before them, like Mobutu (of Zaire), Moi (of Kenya) and Banda of Malawi started the trend 20 years ago of ending their ruthless regimes in infamy, death or exile.

The populist, mostly democratic movements that topped one dictator after another seemed irreversible and was sweeping over the whole continent.

Both Mugabe and Museveni made unexpected concessions to democratic movements in the last decade that really could have become the toehold for their removal. In Zimbabwe the opposition forces seemed to coalesce around a man who at one point became prime minister, if only in name. In Uganda the perennial challenger was given unusual latitude to campaign in the most recent elections.

But the progressive movements all ended abruptly last year.

Mugabe at 92 or 93 years old is frail and probably no longer completely sentient. But the grass roots movements that took the country down for a couple weeks in 2015 and again in 2016 seemed only to energize the establishment, and an unholy alliance between the secret services and army firmly extinguished any real opposition.

Museveni began systematically undoing some of his liberal policies of the past few years, resulting in a horrible genocide by his army only a few months ago. I remain absolutely aghast that the world has not reacted to this.

“Peace not progress” was a much retweeted sentiment that ended the Zimbabwe demonstrations before the end of the year. The energy of protest is gone.

The most onerous indicator that authoritarian rule is on the rise comes from a very democratic country, South Africa.

“Twenty-two years into democracy and nearly three years after Mandela’s death, the air is again thick with political paranoia… of high treason … sedition and betrayal, with talk of mysterious foreign… agents who have ‘infiltrated’ the mass media, business, foreign multinationals, NGOs, religious bodies, opposition parties and student movements and who … threaten the state.”

That editorial from South Africa’s widely read Daily Maverick appeared in April. Since then Jacob Zuma has flagrantly refused high court orders on a number of issues, promised and rescinded the promise to repay the national treasury millions he looted from it, raised business cronies into positions of power and twisted his democratic presidency into a Strong Man dictatorship.

Shortly after that editorial it seemed like he was undone. A national prosecutor began an investigation which turned out to be even worse than expected, but was never fully publicized and simply ignored by Zuma. And the legislature which could do something about this huge breach of ethics has done nothing.

Zuma has prevailed. All the institutions around and underneath him seem yet to have the red blood of democracy, but he seems untouchable. If South Africa doesn’t act soon, it will slide into the forgotten jungles of banana republics.

From Mubarak’s dictatorship to el-Sisi’s, from the dictatorship of apartheid to Zuma, there were exciting and hopeful times in between. There were moments I truly believed that Museveni and Mugabe’s eras were over. I really couldn’t imagine that all the damaging facts about Zuma’s illegal and unethical behavior would just be given a pass by South Africans.