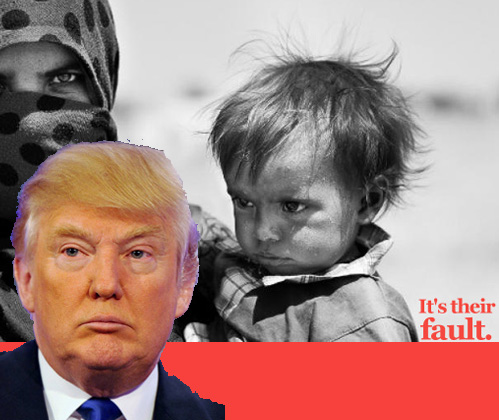 There are currently more refugees in the world than there are people in all but the largest 21 countries, more than 65 million. About half of these are in Africa, and about half are under 18 years old.

This the fourth most important story of Africa for 2016, and the world is fast coming to understand it isn’t just an African story.

The world has thankfully decided that it must take care of displaced people, particularly children. I say “thankfully” in homage to a world whose attitude on all things good seems to be slipping: Egocentrism is displacing concern for others and that seems to be concern for those hurt by almost anything, including gun deaths, child abuse or war.

What’s so incredibly ironic is that a typical refugee found in a camp in Africa or the Mideast is not what most people think. She’s rich, educated, young and mostly professional.

Refugees are, in a word, exactly like their detractors.

In 2016 the number of refugees in Africa actually decreased slightly, a positive number offset by terrible numbers in the Mideast. The African refugee crisis grew aggressively over a number of years until al-Shabaab was displaced from Somalia and other turbulent areas beset by Islamic terrorist grew calmer.

So this top story would be a good top story and is, in a way, were it not for the blame game that started in the continent last year. After decades of taking care of African refugees rather decently, Africans themselves began to complain.

Even as numbers decreased in the continent, finger-pointing at the refugee increased substantially.

The progressive mayor of Johannesburg is being investigated by the country’s human rights commission for remarks made last year linking his city’s large refugee population to its crime.

This isn’t rocket science. In any large group of displaced people you ought to expect crime, but like Trump, his exaggerated characterization of a refugee sparked enormous controversy.

Mayor Mashaba’s very public action (he went onto a radio talk show with the tirade) was only the most visible of many such political acts. The president of Kenya announced he would close the giant Dadaab refugee camp, giving its nearly million residents very little time to leave.

As civil turmoil increases in Burundi, the refugee camps in Tanzania are being cordoned off b Tanzanian military to avoid any further inflows.

It is the tiresome but persistent “they” versus “us.” Anything that can separate outsiders from insiders – in this case citizenship – becomes evidence for culpability. It’s so easy to avoid really dealing with issues, like crime and income inequality and the political elite, simply by blaming it on the “other.”

But when a “progressive,” like Johannesburg’s Mayor Mashaba adopts the technique, you know how widespread the bad feelings are. Politicians play to the crowds.

The UN takes care of the 60+ million refugees amazingly well, and we all pay them handsomely for doing so. How many can Guantanamo hold? And how much, by the way, does it cost to imprison one person in Guantanamo?