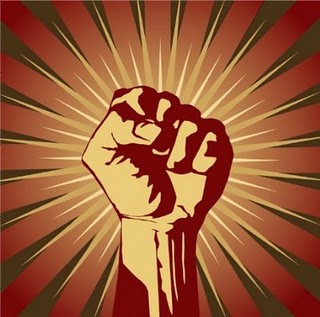 Today is “Labor Day” in the United States. America’s May Day.

Foreigners are understandably surprised to learn that our very expensive political campaigns for elections in November, 2016, have already begun. So today politicians are joining the tens of thousands of “Labor Day” parades organized by towns big and small across the country.

I live in far northwestern Illinois right on the border with Iowa, the state that holds the “first primary” for party elections next March, and all the important politicians are marching in parades there today.

But this year we normal folks are really fed up with the politicians. In one large Iowa city near where I live the city organizers have told the politicians that they have to march at the end of the parade line!

Politicians do not like to be at the end of anything.

Labor Day marks the end of summer when friends and family gather for the last summer barbecue. It vies with Christmas and New Years Day to be the least worked day in the U.S.

Vacations end, schools reopen, the fall sports season begins (especially American football), the culture season with operas and symphonies begin in the great cities, and everyone piles back to work.

Many species of birds are flying through and many of our own species are beginning to fly south. The wild turkey are eating madly to beef up for winter. Deer fawn are grown and losing their spots. Our pet dogs are shedding handfuls of hair all over the place.

Where I live in the Driftless Area near the Mississippi River in the Upper Midwest, the great green forests are beginning to change color. Soon there will be piles of yellow and red leaves where now there are only patches. The sumac are a deep red, elm turn yellow, maple become blood red and oak a warm, deep orange.

Where I live this many sportsmen are getting ready for the opening of the hunting seasons. Shots can be heard along the great Mississippi River as the duck season opens first as tens of thousands of the migrating ducks head south.

Days shorten. Right now we have 13 hours of sunlight, but that’s shrinking by nearly 3 minutes a day until December 21 when we’ll have less than 9 hours.

Before we know it the forests will have shed all their leaves and the crackly ground beneath them will be covered in snow.

If ever a holiday marked a turning of the seasons, it’s Labor Day.