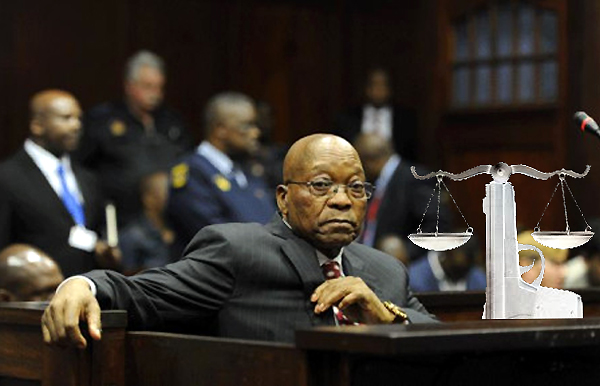 The shakeup of democracy felt round the world is causing tremors right into the judiciary.

In South Africa attempts to purify a corrupt judiciary have begun. Previously the exclusive purvey of the “Judicial Services Commission (JSC)” – a 23-person panel of mostly political appointees plus several high court judges, Parliament has indicated concern that multiple JSC commissioners have criminal convictions or outstanding indictments with too many conflicts of interest.

And must be removed from the bench.

The notion of “separation of powers” is manifest more or less in all democracies by a separation of the executive, legislature and judiciary.

Complete separation isn’t possible. In the U.S. the President then his supporters in the Senate represent the only mechanism for appointing judges. In South Africa the 23-person panel filters candidates before they are chosen by the executive, and that panel’s configuration has been altered back and forth for years in an attempt to preserve some political minority’s powers.

But in both cases it’s essentially a process controlled by those in power.

What happens when those in power are corrupt?

That’s exactly what South Africa determined was the case for nine years under the former President Jacob Zuma. It’s what many in the U.S. claim is happening today with the Trump administration.

One of Zuma’s most patently corrupt acts was a $2.2 billion arms deal that the former president is currently challenging in multiple courts on multiple fronts. When the charges against him became overwhelming the courts agreed to a sort of collective commission, and that commission was run by a judge appointed by Zuma. The judge acquitted Zuma of any wrongdoing.

The charges have been reinstated. The judge faces a precarious future, but technically as in the U.S., the only way to fire the judge is to impeach him.

Impeachment is costly and time-consuming and while there are definitely members of Parliament who want to pursue that avenue, many political thinkers want something more expedient.

“If you are going to appoint judicial officers, you yourself should be able to meet the [unimpeachable] standards you are appointing to,” Alison Tilley, an aid and spokesperson for a high court judge recently told the media.

What many expect next from Tilley and like-minded politicos is to suggest the appointments of judges can be reversed simply by proving that their recommendations and approval were by a preponderance of corrupt persons. The $2.2 billion illicit arms deal by Zuma would be the example.

Such a proposition is radical. Mapped onto the U.S. situation were the Trump administration and/or Attorney General Barr held ultimately corrupt as the South Africans are doing now with Zuma, all the judicial appointments including Supreme Court judges under their watch could be reversed.

Clever thinking policy of this sort is usually pretty suspicious but the logic in this case strikes me as wonderfully pure.

So ultimately it reveals flaws in democracy but no suggested remedies. As time moves through this horrible global season of tempestuous politics we discover many stress points in democracy, and we learn how vulnerable they are to – well, simply the bad actors of our time.