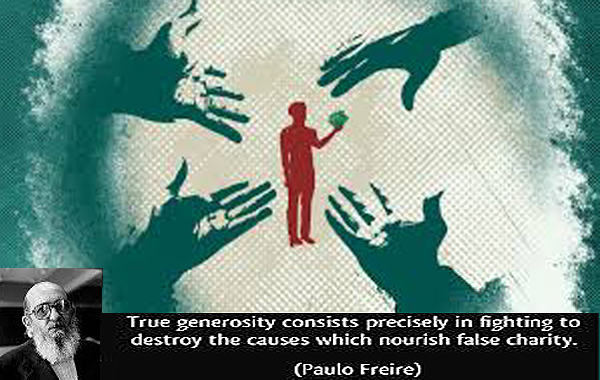 The West is less trusted today than at any other time in modern history; this shouldn’t surprise anyone. What is surprising is that the mistrust extends from governments to non-governments, even into wildlife organizations.

The arrogance of Western wildlife organizations is now bared to African anger. There was always suspicion: why do “Mzungu” pay so much money to save elephants? (“Mzungu” is roughly translated from the Swahili as “white man” or “European” and less so as “non-African.”)

The worst rationalization was that Mzungu didn’t have elephants or the adventure such a beast presented, and that they were willing to pay royally to experience it.

The more complicated explanation that elephants represent a part of a natural ecosystem that must urgently be protected at the peril of endangering the whole planet is much less persuasive. Whether the planet’s foil is CO2, over population, starvation or disease, if the money individual donors gave for saving the elephants were redirected to these more immediate human concerns, would the planet not be better protected, sooner, that way?

Bottom line is, and well always was, the bottom line. Tourism revenues supported a significant part of many African societies. Whatever lofty reasons they gave themselves for saving the wildlife and building pretty lodges for their friends to enjoy it, didn’t matter. The money was trickling down.

Many good wildlife NGOs recognized the danger in this lax relationship. When tourism waned, what would be left to support?

One of the very first and very earliest NGOs to realize this was Stefanie Powers’ William Holden Foundation. Ms. Powers organized regular weekend trips for Kenyan school children to the Mt. Kenya Safari Club, where they were taught fundamental conservation theories. After some book learning some of them continued into the national parks, transport and fees paid by the foundation.

These Kenyan children were among the very first non-Mzungu patrons of Kenya’s own national parks. Among the early protegees was the late Wangari Maathai who would later win the Nobel Peace Prize for her efforts to save Kenya’s forests.

Many other organizations followed suit, but far too few overall. I’m mostly a critic of charities, seeing how wasteful and misplaced they’ve been in Africa over my life time. But the most egregious error by wildlife organizations was to discount the importance of human/wildlife conflict.

It was a lot easier for NatGeo to raise millions by false claims that elephant were going extinct than to fund town halls with scientists and farmers to discuss ways to keep elephant off the water melon patches.

This was a strategic mistake because it was inevitable that agriculture would eventually outpace tourism. With patently false claims of extinction combined with a decreasing importance in tourism, Kenyan and other Africans grew increasingly impatient with Mzungu edicts regarding conservation.

Our current state of affairs is the worst imaginable. Things were not going well, and then a Trump era begins a situation where interest in African problems falls entirely off the screen.

Fortunately countries like Kenya and South Africa have enough of their own home-grown conservation patriots, but they are in the minority of African countries.

Countries critically important to Africa’s conservation like Tanzania and Ethiopia now appear to be flaunting the West, denouncing our conservation orientation as self-serving.

Huge dam projects in both countries which were mostly eschewed by Western institutions and are now funded almost wholly by China. As being built they will likely jeopardize not only huge areas of unique biodiversity, but threaten the natural drainage required for potable water to mega cities.

A Tanzanian deputy minister of Tourism told an East African reporter a few days ago that a new unit would be set up in its wildlife department to handle growing human/wildlife conflicts.

The once purist, “hands-off” Tanzanian government will now recruit hunters to shoot “excess” or “dangerous” hippo and croc.

Obsessed with their mission wildlife NGOs literally ran roughshod through the most rapid development period in Africa history. Blinded to the much greater needs of the local population by their passion for the needs of their own narrow wildernesses, they may now lose everything.

The chickens have come home to roost, and Farmer Trump has built the biggest coop ever.