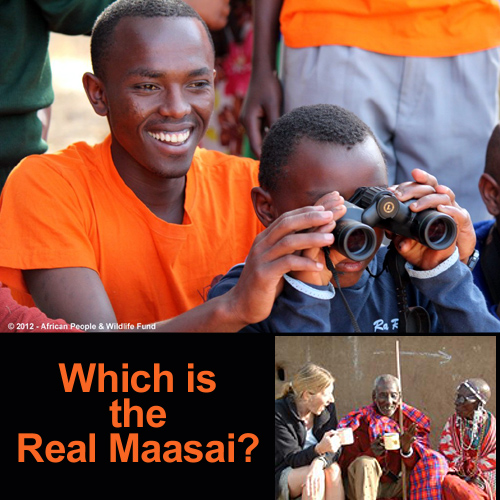 It’s rare that I admire either a charity or NGO working in Africa, so when I do I let people know. If you’re considering an end-of-the-year donation, consider apw.org.

The African People & Wildlife Fund at less than ten years old at its latest iteration promotes practical solutions to wildlife/people problems in Africa striking a balance for people that is often ignored by more purist wildlife NGOs.

And in the process of so doing has achieved a success that NGOs significantly older and far better funded have failed to do: protecting in an environmentally friendly way at very low cost Maasai stock from predators.

APW’s “Living Wall” is so simple it’s comic, when I think of all the money and science and startups that have come down the line for a generation trying to protect Maasai stock from lions to stop Maasai from killing them.

The Commiphora is a wild bush/tree that grows thick. By creating enclosures fenced with growing Commiphora a remarkable, sustainable barrier is created. And if grown through chain-link fencing (a huge additional cost, of course) the barrier achieves 100% success in keeping out cats.

Although Maasai are rarely nomadic anymore, they still graze their stock often far and wide from their homestead, bringing them home to the coral at night. Traditional thorntree enclosures were fine in the old days, when the human/wildlife conflict was less severe and when pressure particularly on lions was much, much less.

In the last several years scientists have recognized that the decline in the lion population may be more serious than any other large African animal. A number of factors have contributed to this, but the single most important one is likely human/wildlife conflict.

As Maasai grow sedentary and deed their land, they cease being nomads and become ranchers. Traditional boma enclosures are no longer appropriate, for animals or people. And chain link fences that are as high as a Commiphora grows are prohibitively expensive.

I think one of the reasons APW was successful when so many other NGOs failed is quite simple: they put the Maasai first, not the lions. Rather than focusing on whether a strobe light or repetitive sound or electric fence was sufficient to deter lions, they started out with what was easy and convenient for the Maasai to use.

And basically they simply enhanced what the Maasai always did: instead of harvested thorn trees, which are too slow growing as live trees and near impossible to cultivate easily, they found a good, easy substitute. In other words, they asked the question, what could a sedentary Maasai use as a thorn tree?

Whereas the traditional animal focused NGO would ask, “What will keep lions away that won’t hurt them?”

Both are important questions, but one leads to a more rapid, practical and complete solution. One puts the Maasai first, the other puts the animal first.

Many NGOs have tried to integrate Maasai, particularly the youth, into anti-poaching and less aggressive pro-wildlife initiatives. APW focused on gizmos, like GPS devices and aps for phones that the kids love, resulting in greater success.

Many NGOs see Maasai as simply a problem: over grazing destroys the environment, wild life doesn’t. I venture to say most educated Africans feel the same way, and there’s this implicit feeling that these wandering farmers ought just put on a pair of pants and learn accounting.

APW dedicates a good amount of resource towards project officers who instruct Maasai on sustainable rangeland management. I’m not sure this is a good long-term strategy, since I tend to side with the majority of experts and Africans who feel there is no way that current East African domestic herds can be sustained. But the reality is that dynamic is not going to change quickly, and in the meantime, any better orientation to rangeland use and management will help.

Once again, APW takes the Maasai side.

There are other good initiatives in the APW program, but finally what I find truly satisfying can be easily seen by anyone visiting their website. So many NGOs and even East African government programs love to display the earinged Maasai resting on his acacia stick with a shuka wrapped about him and a few bracelets or anklets dangling from his appendages while he watches his goats.

APW gets real. They display Maasai kids in Polo T-shirts smiling wonderfully as they focus their binoculars. That’s the real world, today. That’s taking the Maasai’s side.