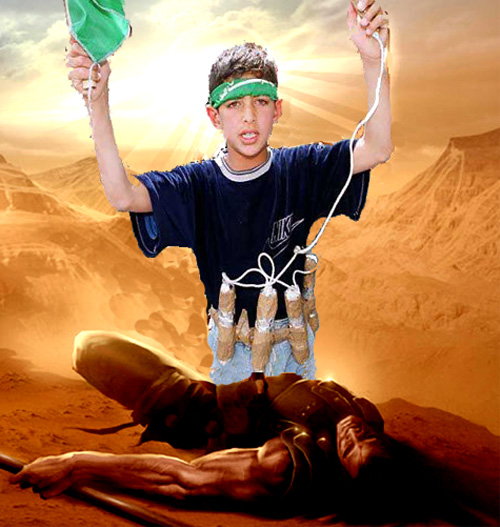 Margaret Thatcher’s belief that there is no society, only individuals means that yesterday’s bombings in Boston is relatively insignificant news.

After all, there were more than four thousand times more (4000x) individuals killed last year by terrorism in the rest of the world compared to the United States.

There is more than individuals. There is society.

Goliath is an impermeable military fortress. David is the suicide bomber disguised as an immigrant laborer that Goliath needs. Because there are so many immigrant laborers in Goliath’s world, David is relatively meaningless … until he blows himself up and takes down a few “innocent” Goliaths who happened to be wandering near.

Numbers don’t. It doesn’t matter that it was 15 unnamed adults, children, clerics, wives and pregnant mothers in Garissa, Kenya, but only one 8-year old boy and two unnamed adults in Boston.

It shouldn’t have happened in Boston. It’s no surprise it happened in Kenya. Boston is more civilized than Kenya.

Moreover, as an American an attack on my country is more painful to me than an attack in Kenya. I come to work each morning in part affirming my beliefs and trusts in my society, convinced my society is working hard to be just.

This seems senseless. Weren’t there other ways the bombers could have expressed their dismay and dissolution with what they perceived as unjust?

They feel that way in Kenya, too.

And in Iraq and Pakistan and Argentina and nearly every other place in the world, even Australia.

Should weapons of any kind be illegal? Can we destroy every gun and bullet and bomb on earth?

What a silly notion. They’d still strangle us.

Should Big Brother be allowed to monitor us all? Do you know how many CCTV surveillance cameras are clicking away right now in London?

Kenya doesn’t have as many. Boston will, soon.

A good Pd.D. thesis for a student of political science would be to show a definite collaboration between the number of CCTV cameras and terrorist killings. More cameras, more police, less killings.