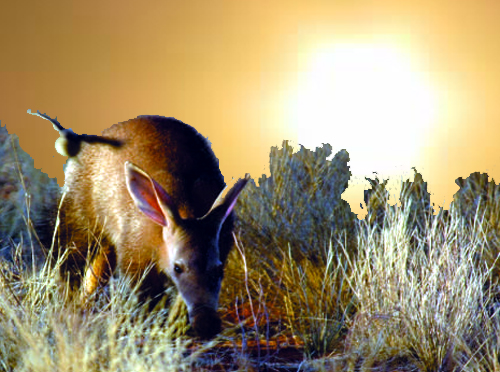 Anecdotal evidence that global warming has caused a decline in African animals is slowly but surely being confirmed by field science.

No one argues that Africa abate its growth, and it comes as no surprise that this growth is directly linked to global warming. Industry is mostly fired by fossil fuels: CO2 heats the atmosphere while more wealth builds Africa.

The immediate benefits to Africans are indisputable. But the ecology of the continent is suffering greatly and more quickly than we ever imagined.

The World Wildlife Fund’s “Living Planet Report” contends that nearly half of the world’s animal species have been lost since 1970.

This is beyond astounding. My children’s children will have a planet with only an eighth of the animal species around when I was born.

One irony for African wilderness is that some of its better known areas, like East Africa with its great national parks like the Serengeti, show visibly improved biosystems. This, too, is directly linked to global warming.

The great East African wilderness lies on the equator. One of the effects of global warming has been increased rain as the melting of the poles increases ocean levels and precipitation worldwide. One result in part coupled with an early management approach to the Serengeti has been to nearly triple many of the larger animal species like wildebeest and zebra.

But move hardly 200 miles north or south of these equatorial wildernesses and the story dramatically changes.

Increased global precipitation is not falling equally across Africa or anywhere else but as torrents as extreme weather events even while global warming burns deserts into many other areas.

Global weather has become a nightmare, as the American Meteorological Society recently documented. The band along the equator seems to be handling this pretty fortuitously, but nowhere else.

Travel south and wildlife populations in places like Kruger National Park, the Okavango Delta and many private reserves are falling precipitously.

While elephant populations in East Africa are probably too large, in southern Africa they’re dangerously small. Buffalo and other large herding animals like eland are declining, and rarer antelope like nyala, sable and roan are also in decline.

Exact science on large animal decline is difficult, because much of it is human caused through poaching. But go down a notch to slightly smaller animals, and the science is becoming compelling.

An excellent indicator species is the anteater, or aardvark. A study recently concluded by scientists from Johannesburg’s prestigious Witwatersrand University claims that only animals whose behavior can accelerate adaptation will survive.

“Many species will not be able to evolve fast enough to adapt to the rapid rate of current climate change… most large mammals simply don’t reproduce quickly enough to allow for adaptive traits to be selected,” the report explains.

Aardvark are the focus of the study not just because of demonstrable changes in their own behavior, but because so many other endangered animals depend upon them.

The report found that aardvark are trying to adapt their behaviors to an increasingly hot and dry environment caused by global warming.

In one astounding finding, the scientists show that aardvark are now foraging in daylight hours as well as through the night as usual. It had previously been presumed that their eye physiology would not allow this, but as their food sources dwindle they’re forcing it.

The unstated implication is that this won’t work in the long term, and that eye physiology will stop any long term behavioral change.

Aardvark holes are used by scores of other animals and birds, and as the number of dens decline so will populations of anteater chats, porcupine, warthog, pole cat, meerkats and others.

The WWF report focuses heavily on human/animal conflict as probably the single greatest factor effecting the planet’s decreasing biodiversity. This is certainly, for example, the reason lions are declining so quickly continent wide.

But studies as those from The Wit on aardvark complement this understanding with recognition that as adaptive as world creatures are, behavioral adaptation will simply not be quick enough.

The WWF along with many other organizations believe there is a path out of this through management of global warming with the technologies like solar energy that we already possess.

I don’t see it. Frankly, I can imagine a future world adequately under control for human development. But I just can’t see a path that will retain our current magical biodiversity.