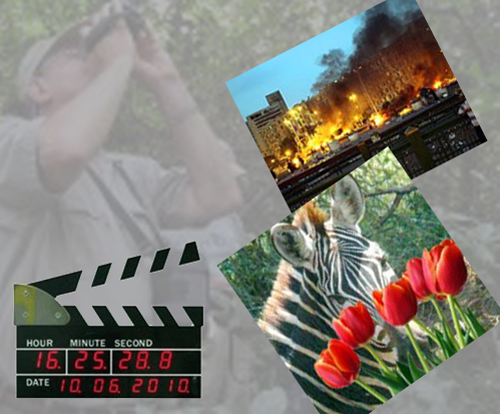 I started this blog to write about animals. Today, like so many days, it’s about elections and wars. And in this wrap-up blog before our Thanksgiving holiday, the preeminent news is at this very moment in time. Better than I would have a hoped a few moments ago.

It’s so ephemeral. It’s easy to argue that things change so quickly, that news and blog-news is disseminated so instantly, that clearly seeing a trend to events becomes more and more murky. Well, bring it on!

So let me wage a huge gamble about Kenya, Egypt and The Congo – three volatile yet extremely promising societies – which I promise to revisit next week: Last weekend the situation in all three looked nothing short of awful. This morning, at this very instant, it looks different and better.

Kenya’s advancing invasion of Somalia for the first time in six weeks has an optimistic cast. Despite unbelievable clashes in Egypt over the last few days, at this very moment in time the military seems to actually be negotiating away its position to the people, and even in the Heart of Darkness I see glimmers of goodness in the November 28th election in The Congo.

It’s only logical that the Kenyan invasion of Somali begun more than a month ago would fail and strangle the country’s developing economy and polity in the process. And the quick entry, then total abortion of the process which resulted in a Kenyan decampment less than half way to its stated objective, the port of Kismayo, looked threateningly like Kenyan defeat earlier than any could have predicted.

But then chips we didn’t know we’re in the game started to fall into place. The dysfunctional Somali transitional government got in line. Coordination began with African Union forces that have been in the country since its seems the industrial revolution. And last week, Kenya’s sometimes adversary Ethiopia resent troops into the country presumably to fight alongside Kenya.

I am not one to believe wars work very well, but reports this morning suggest that the size of the combined effort by Kenya, Ethiopia and the AU is such that routing al-Shabaab might just be possible.

In Egypt all hell broke loose last week following the military’s very ill-advised November 1 edicts setting the final rules for the election process and simultaneously entrenching itself in a cocoon of immunity from civilian authority.

Like so many countries in South America and Asia in the recent past, military autocracies justify themselves as the only cohesion to otherwise dysfunctional and often ethnically divided societies. It is laughably early for me to post this as the meetings are actually in progress in Cairo, at this very instant in time, but my intuition is on the line. I think the military is going to back down.

The poor Congo was crippled in the 1960s at the very moment of its independence, when Belgium and the U.S. teamed up to murder the duly elected first president of the country, Patrice Lamumba, for fear he was a “communist.” That body blow to its polity has seemed to fester rather than heal.

The current president is the son of the “liberator” who forcibly ousted the long-time ruthless dictator, Sesi Seko Mobutu. But Mobutu had held power for so long that throngs of people and institutions depended upon him. Chaos reigned in the eastern Kivu Province, where child soldiers and blackmarketed Star Wars rare metals fueled Dante’s inferno.

But with a little help from its friends, most notably a little acknowledged provision in the Dodd-Frank banking act, the temperature in The Congo has plummeted to near normal highland rain forest levels. The bad guys have fled north. Next Monday’s election might just actually go off well.

If these possibly irresponsible optimistic predictions come true there is an important lesson I for one should learn and could easily forget if not pointed out, now. Trust youth.

It has been us fuddy duddies predicting gloom and doom. We have nothing but history to reference. The rest of our lives would make a very short line.

It’s the youth in Tahrir Square, in Nairobi, and in the jungles of Kivu who have been insisting throughout all the ups and downs in their situations that “we will prevail.” It’s new tour companies that have contacted me from Kivu-Congo, and Nairobi and Cairo.