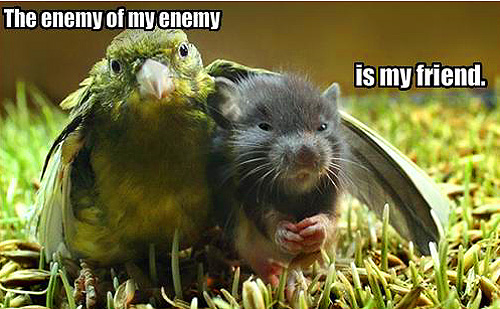 The Green Beret deployment last week in Uganda reflects an increasingly militaristic Obama policy that like all war endeavors ends up compromising other very important policies, like democracy. Is it working, and why now?

The Obama Administration went out of its way to emphasize that U.S. troops will not operate in Uganda but are simply using it as a staging area to catch the renegade militia leader, Joseph Kony.

Kony is probably in the Central African Republic (CAR).

Apparently there’s not the right airports or staging areas in the new South Sudan, and certainly not in The Congo or CAR to handle even a few (100) soldiers and their equipment. Possibly no easy political entry, either.

Nevertheless, many will think otherwise. Uganda, as I’ve written, is not the most stable place right now. And the bad guys are those in power who will obviously get a boost locally from the arrival of American troops, no matter where they’re supposed to go.

But Obama’s on a roll nailing al-Qaeda and its allies, and last week Uganda led the forces in Somalia which routed al-Shabaab from the capital, Mogadishu.

Kenya, this weekend, moved its troops across the border into Somalia, something I’m sure that America has been encouraging it to do for some time.

So as the saying goes, it’s payback time.

Al-Qaeda is of equal if not more interest to the U.S. than to many countries in East and Central Africa. Those countries’ biggest concern has always been the militias in the eastern Congo and South Sudan, including the old Interhamwe and the newer Lord’s Resistance Army (LRA).

Like al-Qaeda, both those and other lesser militias are on the run. I see this as tit for tat. You (East Africa) help us wipe out al-Qaeda, and we’ll help you wipe out the LRA.

This isn’t just my analysis. The Enough Project and The Long War Journal, among a number of other NGOs heavily involved in the area, postulate the same.

War has an ugly history that way.

The LRA (Lord’s Resistance Army) is a spent but still active guerilla force most famous for its abduction and enslavement of child soldiers. It wrecked havoc in northern Uganda/southern Sudan for nearly 15 years until it was forced out of the area almost ten years ago.

Oh, and by the way, there’s two interesting side stories to note as well.

The first I’m sure the Obama administration is sensitive to, but it’s remarkable so little has reached the world press:

The Obama Administration’s avowed explanation for entering deepest, dark Africa is to hunt down the LRA captain, Joseph Kony, just like they’ve been hunting down al-Qaeda leaders. Interestingly, Kony’s second-in-command was just ordered freed by a Uganda court after being apprehended and put on trial.

Thomas Kowyelo was apprehended by Ugandan military about a year ago. Two weeks ago, a Ugandan Appeals Court ordered his release upholding the agreements that offered amnesty signed in 2006 and 2007. (Kowyelo remains jailed pending a prosecution appeal to Uganda’s Supreme Court.)

Seven years ago a peace agreement was signed between what was left of the LRA and the Ugandan government. This agreement among many good things had a flawed section which awarded undefined “amnesty” to any LRA soldier.

Both Kony and Kowyelo have been indicted by the International Criminal Court (ICC) for crimes against humanity. This technically mandates any country that recognizes the ICC (most of Africa including Uganda) to arrest them and send them to The Hague for trial.

But so far Uganda’s courts have given priority to the peace agreement signed with the LRA over international treaties. Perhaps Obama is worried Uganda will actually catch Kony before he does.

The other side story is a bit more amusing.

I wrote Friday about Michele Bachman’s faith advisor having been deeply involved in clandestine organizing of African militias to kill Kony. He was even jailed in Uganda for illicit arms dealing and other mercenary charges.

The only Republican candidate to criticize the deployment was, you guessed it, Michele Bachmann.