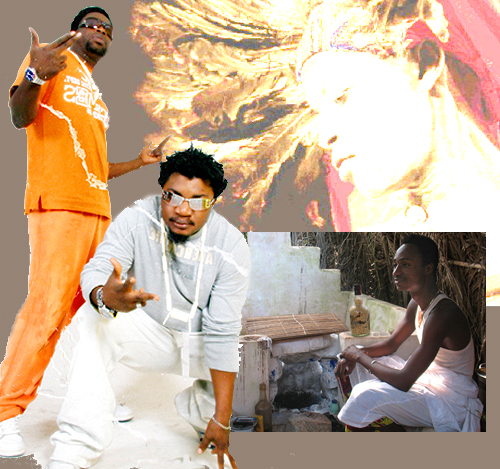 No time for nostalgia in Africa: The continent’s development is so fast, its demographic so young, kids are spinning like tops. It’s fabulous and scary.

We old folk simply get dizzy. Kids like dizzy. And we old folks should be very careful about criticizing this seemingly directionless enthusiasm. When the top finally stops spinning it’s going to land somewhere with a very loud thump.

Richard Engel of NBC news expressed it in a most dire fashion Sunday on Meet the Press when he said that African youth — and youth in general in the developing world — are looking away from America towards China.

He’s right. In fact I thought almost everything Engel said on Meet the Press was right, and he got clobbered by my age-peers for saying so, or just ignored. But Engel is right on. Democracy is just a tool in the basket of social organization, and right now, it’s not the most attractive one to African kids.

Imagine if you were a just cognizant self-aware Kenyan teenager when Bush invaded Iraq, your main city of Nairobi was a massive jumble of stick buildings and sewered-over roads, your school hardly had pencils and all you and your buddies could afford were pirated CDs of MnM from China.

Thanks to spnsorship from the Chinese who are funding the electricity in Stone Town, and all the Tanzanians had to give them was their gold.

Well, before you grow old enough to analyze all this, who would you be thanking?

Engel is right. America and the west has disengaged, not intentionally not because Obama and Hillary aren’t doing infinitely better than Bush or Condoleezza, but because youth moves faster, and today, Africa is youth.

Social organization is only one thing.

Eighteen-year-old Adrien Adandé of Benin is a decent enough high school student. But after turning in his history term paper and the school bell rings, he chooses rather than join his buddies in the locker room to gear up for the school’s winning soccer team, he’ll do voodoo.

“My friends tease me and call me a fetishist,” he explains. “Others keep away from me, fearing I might harm them with my amulets. But I stand by what I do. I can combine my studies and my vocation perfectly.”

We often look back at our own youth and marvel at how things have changed. Nostalgia often gets the better of us, and we pine for the past, and the past is uniformly slower, more tranquil and seemingly less demanding of our energies.

Imagine African youth, today. They aren’t even old enough yet really to look very far back, but every second backwards is like an epoch in time. The transformation is too fast for nostalgia. Cultural takes time to form.

Radio Nederlands quoted a 23-year-old Benin philosophy student who explains Adrien’s voodoo as a means for youth to anchor themselves: “With globalization [and] the expansion of the so-called revealed religions… young people have turned away from” modern culture.

One of the most suddenly successful marketing and media firms in Africa is Instant Grass, which is devoted to helping vendors sell to youth. But its reports – free from its site – outdo western university Ph.D. studies on what is happening to youth, today, in the developing world.

“The rise of the Internet and mass media has also confused identity further with Western/African-American culture having a strong influence. The reaction of African youth is to create an eclectic culture that embraces both MTV and traditional practices and thinking that flits effortlessly between the two.”

This is an absolutely astoundingly colorful and awesome dynamic to watch. And I truly believe the outcome will be positive. There is simply too little egocentrism in African youth, today, to result in limits to personal freedom. Dictators are gone.

But be prepared for something that isn’t necessarily the democracy of America. And there’s nothing at all wrong with that.