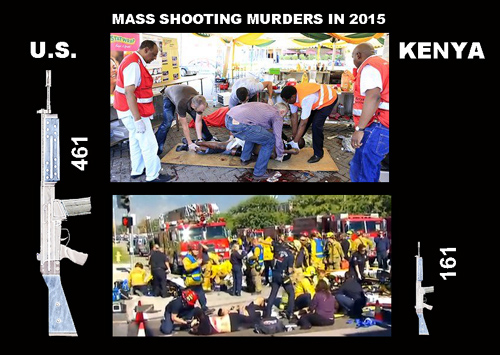 Are you considering a vacation to Carolina’s outer banks, to the Mardi Gras, to our nation’s capital or maybe to a concert at Branson? Better watch out.

Why is Kenya’s murder rate lower, and its deaths from terrorism lower than in the U.S.?

Why is the U.S. so violent?

U.S. residents own more guns than residents of anywhere else in the world, 50% higher than the next two highest nations, Yemen and Serbia, and three times as many as major European countries such as France and Germany.