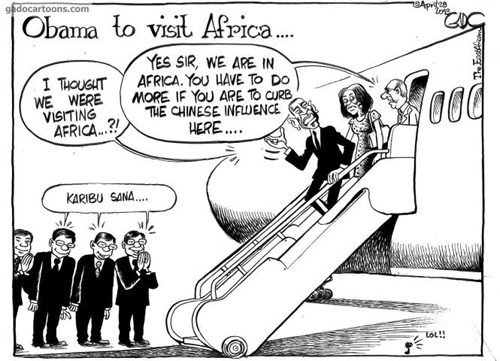 Investors in new shopping malls for Kenya and Nigeria are expecting a first-year return of 12% and a long-term return of 25%, led by savy South African banks.

Business plans for Africa have always astounded Americans. I’m mostly familiar with the tourism sector, and ROIs (return-on-investments) of less than a third are not considered worth the risk. And the risk is substantial.

And the risk hasn’t for a long time been either political or health, which is what most noninvestors think. Those types of risks have diminished regularly over the years, because of two radically different trends.

The first is simple: Africa is developing. It was never banished to the dustbin of underdevelopment, forever. Roads, schools, factories, hospitals, cinemas, community infrastructure – they have all developed at a faster clip over the last generation than was ever the case when the developing world was getting built.

The second is intriguing: businessmen like tourists have become increasingly immune and enured to politics, even violent politics. With the notable exception of global bad guys like al-Qaeda, turbulent societies somehow manage to court – not scare away – businessmen and tourists.

Egypt is the best example. That society is currently in literal upheaval, yet there were more than 8 million tourists there last year, and “tourist incidents” in Egypt have been fewer since the revolution than prior to the revolution.

It seems that both sides in a local fight have increasingly recognized the importance of foreign tourists and investment.

So what is the main risk, then?

That you’ll come up with something successful. Yes exactly: that your investment begins to pay off.

This totally counter-intuitive notion is what lays bare most poorly prepared investors in Africa. The African playing field is so small by comparison with the home turf from which most investors come, that the amount of investment is usually quite modest.

And that means if you hit on something great, there are lots of bigger guys watching from behind, and they’ll swoop down the moment those high returns actually come in.

And this is inevitably what’s happened over the last generation. A relatively small investor builds a lovely little lodge aside a national park, and the moment there’s positive cash flow, a South African tourism chain eats it up.

Now there’s nothing particularly wrong with this if the investor’s game is to make a little bit of money. And it works specially well for small investments, especially as I described above with small tourism ventures.

But the problem is that while the indicator for a tourism investment is positive cash flow, that doesn’t immediately translate into high return. The originator needs to have the fortitude if foresight to wait for that high return, but the temptation offered by the big guys is often considered just too much to pass up.

African investors’ greatest risk is that they don’t wait for that high return. And it’s often not “won’t wait” but more realistically “can’t wait.” Rarely does a single investor create something wholly unique.

There are lots of tourists lodges being built. Lots of shopping malls. Lots of gas stations. Lots of plumbing fixtures.

If you don’t take the offer the big guy gives you, he’ll buy up your competitors and smother you.

There’s nothing novel in this dilemma. What’s different in Africa is that the quantitative size difference between the Joe who took the first step and his buy-outer is massive. All the leverage is with the big guys.

It’s a simple equation derived of the modern truism that the rich have become richer as the poor have become poorer.

And we’re more afraid of a terrorist attack?