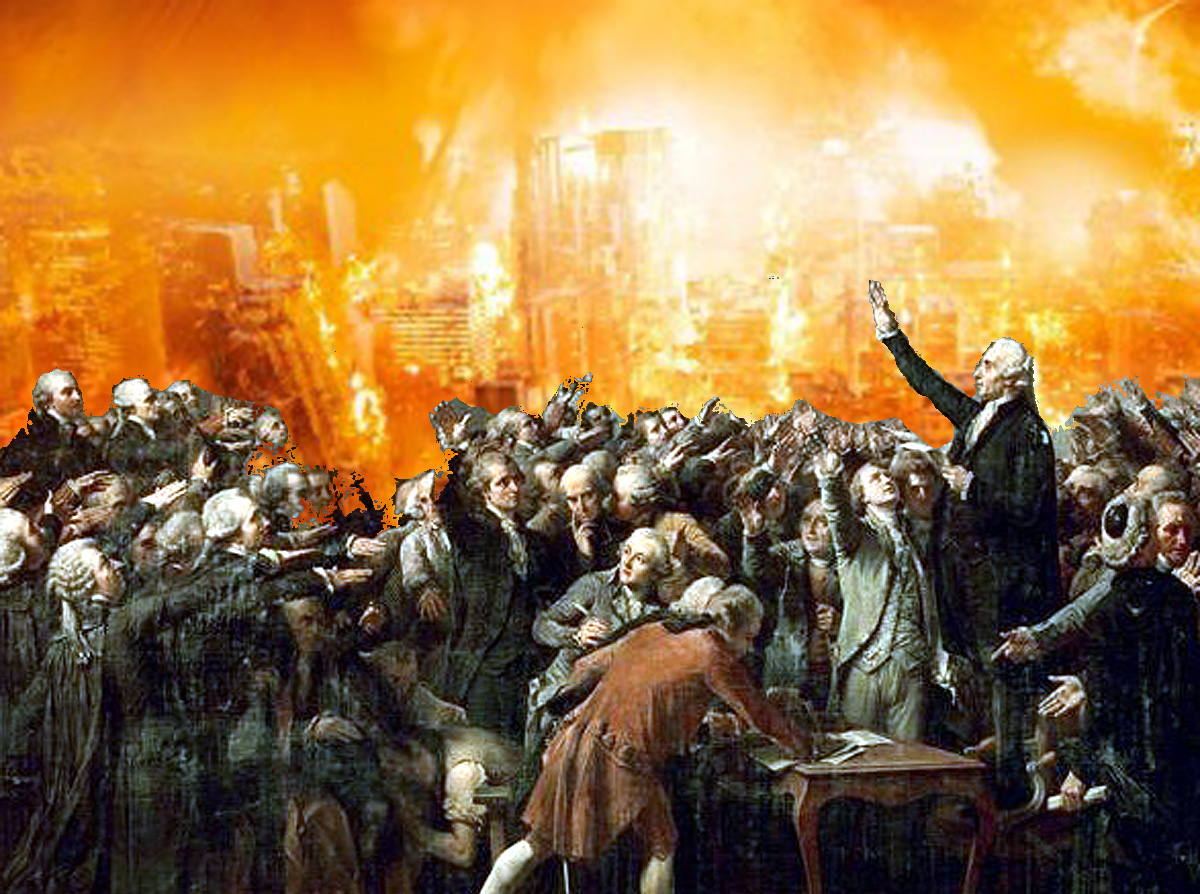 Diversity vs. Human Rights is the great battle of our time. Elections are defined by them. They are so sacrosanct that they defy the necessary compromises for functioning democracies.

Society gets strained, broken, then destroyed.

That’s what I see happening in America, today, as it has already happened in most newer emerging countries like those I know in Africa. But exactly how far have Americans gone towards destruction?

It doesn’t take a lot of education to understand that the more tools and parts that you have to build a machine, the better it’s likely to be. Remove the screw driver or the size 16 bolt and sure, you might rig up a workaround, but it becomes more difficult and less efficient. Remove more and more tools and parts, and engineers start to limit what the initial machine was supposed to do. Remove until nothing works.

It’s as true in the natural, biological world, as in the physical or cultural worlds.

Human Rights is one of the few fundamental concepts that language that takes two words to describe. It has no single word synonym. That’s because we all agree that humans take precedence over trees or fish. So immediately you see one conflict: Human Rights is restrictive; Diversity is expansive.

This is purely theoretical and true. But because quantifying resources is subjective if dynamic, we’ll never really know how much we have or don’t. So we can’t construct a perfect, practical solution from the theory.

Moreover, some people are more empathetic than others: they’re willing to accept less individually so that the larger community can have more. Others believe that restricting the most creative and entrepreneurial individuals from a bigger slice of the pie means that we’re restricting the very people we need to expand opportunities for everyone.

Refereeing these two competing needs in a just society takes a lot of intelligence. Mature societies who do it right manage to navigate this inherent contradiction step by step, epoch by epoch, balancing Diversity and Human Rights and increasing each little by little.

New, suddenly emergent societies as exist in Africa mature so fast that they have less time to increment this balance. Often the conflict ignites aberrant social controls, like dictators.

What is happening in America is that we aren’t “doing it right” any longer. A recessive gene became dominant: We empowered the ignorant.

We reduced Diversity and so stupidly didn’t realize that one day those dumb people would become pretty fed up.

There’s probably a thousand other reasons, too, but I think this is the most important one.

That’s what this election is all about. Trump is dumb. Clinton is smart. There are many intelligent people supporting Trump for countless reasons, including that they too are fed up, that they see Clinton as more of the same or that they believe in Trump’s style of revolution.

There are many dumb people supporting Clinton for countless reasons, including abused women or threatened outsiders like illegal immigrants or people hoodwinked by media ads or who fear real, sudden unguided change.

But basically, it’s the dumb against the smart, because we were so stupid to have thought that we could get smart by keeping others dumb.

This is the start of a horrible battle. In some ways it doesn’t matter who wins, today. The epoch clash has just begun.