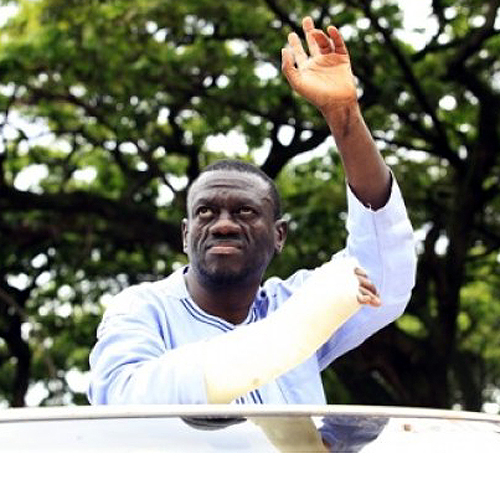 As much of the rest of Africa cuddles with a troubled peace, Uganda’s potential for violence increased substantially yesterday. Whether the iron-fisted ruler Museveni can bash it out before it flames is the question.

As I’ve written before, fights for political reform are ending throughout the continent: Africans are war weary, and in some cases like Egypt, see substantial compromise as the best they can do, now.

Even political unrest that exploded into all out war in places like the CAR and Mali is over, at least for the time being.

Places like the DRC-Congo where the conflict has been ongoing for 20 years now see large territories with no fighting at all.

And in places where global terrorism is a certain factor, like Somalia and Nigeria, the news is promising.

So what’s different about Uganda?

Uganda is one of the diminishing number of African countries run by an iron-fisted dictator. But unlike its nearest cousin, Zimbabwe, Yoweri Museveni’s Uganda keeps sticking it harder and harder to the opposition, an opposition like in Zimbabwe which had all but fizzled out.

We old safari guides know when it’s time to leave the embers die on their own. Stirring them impatiently often flames them up.

Museveni is at least 15 years younger than Robert Mugabe, Zimbabwe’s dictator. Perhaps he sees a long life ahead of him, and perhaps that’s the difference.

Yesterday, the all but forgotten, decades-long courageous battler for Uganda’s better side, Kizza Besigye, told Ugandans to forget the ballot box, it’s time to rise up.

And his otherwise quiet speech during the funeral of an Ugandan entertainer was headlined and featured and broadcast across the country by one of its largest newspapers.

That in itself is telling. There are so many laws today in Uganda against free speech that the Observer’s gall in irritating (and probably from a Ugandan legal definition, libeling) the current regime is amazing.

Besigye called for an “Arab Spring” style uprising, but stopped short of announcing an armed revolution. Among his suggestions was that farmers withhold foodstuffs from Kampala and that the population as a whole engage in national strikes.

Besigye has been successful in organizing such movements before. Three times he actually ran for president against Museveni, each time losing in clearly fraudulent ballot counts. This week he announced he would not take part in an election, again, but will now concentrate on disrupting Museveni’s regime.

At first I couldn’t see Besigye’s call to his fellow countrymen getting very far. The poor man has more scars and broken bones than you can imagine, having been tortured numerous times.

The recent laws passed in Uganda against gays and other fringe social activity put Besigye in an odd situation of having to ignore them, as most of rural Uganda supports such oppression.

But the recent coverage given Besigye by daring media that absolutely threatens their own survival and safety, and the courage that Uganda’s remaining intellectuals have begun to show is new.

Like Cairo where we now understand the roots of the Egyptian rebellion were literally completely contained, it could be there is enough fire power in the Kampala area alone to spark something.

If it doesn’t, Besigye and whatever is left of Uganda’s opposition, is toast.