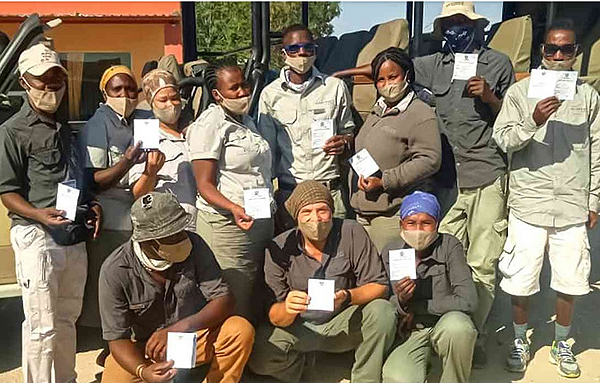 African tourism has tanked. A decline was predicted off the promising numbers of June but nothing like we’re seeing, now. The nosedive is exactly inversely proportional to the rates of virus spread, which both in the west Africa are much higher than had been predicted.

It means that travelers who had paid deposits and possibly even full payments are bailing. Since travel insurance no longer covers itinerary impacts from covid, these represent difficult decisions from a lot of angry travelers.

Camps and lodges are closing or delaying announced opening, local tourism officials are blaming governments like the U.S. for “unwarranted” redlisting while the few tourists actually getting to Africa blame Africans for their poor experiences. Whatever the reason, this unexpected decline is going to leave an unexpected scar on African travel.

No one could have predicted the sweep the Delta enjoys today. With vaccination the only sufficient protection – now itself coming under growing scrutiny without boosters – the future looks grim. Less than 3% of Africa is immunized. While several countries like Tanzania are allocating their little bits of vaccine to the staff in tourism, a traveler still has to navigate congested airports and city connections.

“Travel planning right now is not at all straight forward,” Suzanne Bayly told her agents across the world, today. Bayly’s marketing company is one of the few in all of Africa that impresses me. Bayly tells it like it is, both to clients and their travelers.

“Our challenging travel environment is here to stay for the next 6-18 months and we need to adapt,” she concludes.

Bayly’s list of upmarket African companies have “mostly adopted a refundable deposit policy” with full payment not required until 45 days before arrival. Her “Book With Confidence” tool – that few of her clients have adopted – provides full refund for any cancellations until 48 hours prior to arrival.

While Bayly is clearly doing everything possible to help the industry survive and prepare for a very long recovery, her obstacles are formidable.

Refunds might genuinely be processed but as someone who has operated multiple companies in Kenya, Tanzania and South Africa, I can assure you that processing a refund in a sub-Saharan country other than South Africa is a mighty challenge.

Bank charges for moving money between currencies often exceeds 10% and is regularly 5-7%. Euros get a better break than dollars. Four of Africa’s largest banks are South African (Standard, FirstRand, ABSA and Nedbank). This means for correspondent banks in places like Tanzania and Kenya the charges for refunding are doubled, making the whole process seem like a sham.

Our small company in Arusha, Tanzania, loses nearly a third of all funds moved out of the country into convertible western currencies unless we use credit cards, which besides the 15% charge require bonding that is often difficult.

Final payment deadlines, relaxed from what was once nearly 90 days to now 45 days, is meaningless to most western travelers. Meaningless because most westerners are accustomed to same-instant payments and just as quick refunds. Now, because the health environment worldwide is changing far more quickly than 45 days, there’s no applause for this concession.

So while Bayly is on the right track, it’s a path into a dark jungle.

What should travelers contemplating an exotic trip do?

Bayly says 6-18 months. Once again she’s being as honest as she can. It may be a useful window for her clients, but not too reassuring to potential travelers.

Frankly despite my being so wrong a number of times when predicting the horizons of this pandemic, I think it will be closer to six months than eighteen. That doesn’t mean the virus will be gone, by no stretch, but it means the “age of traveling with a virus” will have matured.

In six months we ought to have a much more exact grasp of what we’re dealing with, the opportunities to avoid it and the recommended techniques for being a distant traveler.

Don’t forget, travelers were dumbstruck, cried political conspiracy and then balked traveling for several years after the first metal detector met a traveler at the New Orleans airport in 1970.

We’re never going back to 2019 just as those 1970 travelers never again enjoyed the ease of traveling in 1969. If you plan to travel abroad in the next twenty/forty years, you’ll be protecting yourself not against suicide bombers but microscopic devils. We’ll figure it out. Don’t throw in the towel yet.