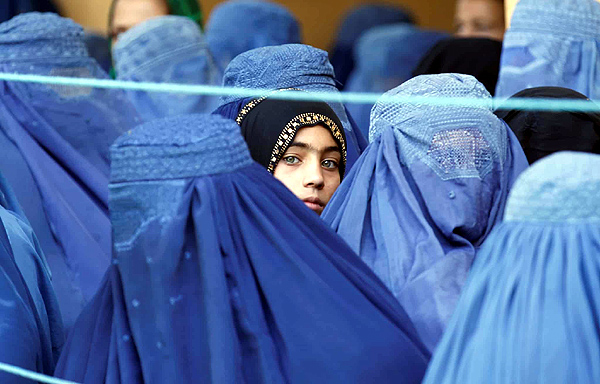 Chinua Achebe, author of “Things Fall Apart,” was a greater seer than any of his characters: Today Africans across the continent are filled with worry, nervous with a sense of helplessness. Across the continent it feels like things are falling apart.

“The Americans wanted revenge over the 2001 September 11 attack on the Pentagon Building,” Nigeria’s largest newspaper, The Sun, says today in its lead editorial. “What they now have is a defeat.”

A defeat is not what any educated person in any developing country wanted to see happen in Afghanistan. In fact it was a common refrain of developing world scholars to tease Americans with the question, ‘Why not treat us like Afghans?’ Everyone fantasized being a recipient of such large American largess.

And now that it all seems for nought, there’s a palatable angst gripping scholars and professionals alike. It isn’t just that the money spigot might be turned off…

America’s hasty withdrawal is “an inspiration for insurgents to strike in other countries like Nigeria,” the Sun complains this morning then spends the rest of the article pleading with Nigerian officials to redouble efforts against Boko Haram, its main terrorist threat.

Remember, anyone I can read and quote is a beneficiary of western foreign aid with a legacy of colonialism. With the single exception of South Africa there’s not a single African country that’s ever been able to stand on its own.

South Africa is the exception because its colonization started a few years before America’s! This was more than two centuries before other countries in the continent were colonized.

America’s withdrawal from Afghanistan is universally characterized by Africans as hasty and immoral.

University of Cape Town professor Helmo Preuss writes today that the world must now conclude “that the United States is the main culprit for the deterioration of human rights in some countries. It is the United States that must be responsible for the [expected] humanitarian disasters in Afghanistan, Iraq and other countries.”

But neither does the American defeat come as a surprise. So it’s like those great black clouds of locusts that swarm out of the Sahara every so often. Everyone knows they’ll come, but no one wants to prepare, and the devastation they wreck is so complete that the only defense is to put it out of your mind until they come, again.

Many are already completing the postmortem. The University of Nairobi’s Matai M. Muon believes the American defeat in Afghanistan was predetermined by two successive U.S. presidents, Jimmy Carter and Ronald Reagan.

Both, he argues, were paralyzed by Cold War fears. So when the “mujahideen” of Afghanistan finally threatened the great Soviet forces in 1979, “The United States watched on greedily while it engaged in proxy on the side of the Mujahideen.“

That Mujahideen was a group far more conservative and brutal than the Taliban which subsequently overthrew them.

“The poorest and most vulnerable groups who always occupy the margin pay the price” of these “elitist power wrangles,” Muon continues. America’s 20 “years of unruly foreign occupation has created a false hope for the Afghan women and their children.”

What’s interesting as I read all these critiques and political obituaries is that none claim that because of the current calamity that the American effort shouldn’t have been tried. The implication is that a different ending was possible, one that could have preserved the human rights gains of greater Kabul and its millions of modernized youth.

”The US-led coalition showed only half-hearted attempts to stem the growth of corruption, and failed to speak out against massive fraud in successive elections.”

Why did we turn a blind eye to corruption? Why did we fail to “speak out” against the massive fraud in elections?

America not only leads the world, but teaches the world how to be a “wealth maximizer.” Through all the turbulence of Afghanistan over the entire last two decades, America basically prospered so it wasn’t going to rock the boat.

The $2 trillion dollars which Americans ostentatiously decry was spent “on an endless war” was actually stimulus that made “filthy rich” many, many people and kept our economy going. That unfathomable amount of cash wasn’t subject to the same scrutiny that building power plants and dams or funding music studios or drugs or food processing plants would be at home. It was all in the “war effort,” a massive injection of unregulated capital.

Easily justified for the good of building a modern Afghanistan.

The story isn’t over, as much as all of us wish it were. It’s hard to imagine Kabul like Kandahar. Will young teenage girls gossiping over their phones on WhatsAp dane to wed a smelly Taliban?