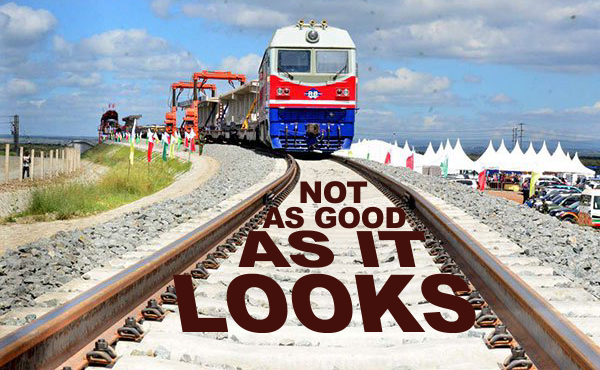 More than two decades into China’s super-investments in Africa, a less than practical policy is becoming clear. As with Sri Lanka, China apparently expects a number of African governments to default on their loan agreements, followed by Chinese assumption of major parastatals like the electricity grid, ports and airports.

China’s approach to emerging countries over the last three decades has been to aggressively invest in infrastructure, but it always seemed to have a very specific end: ways of getting China the fossil fuels and natural resources that it lacks.

Arrangements with China are much less transparent than with other nations providing investment. Only when the Sri Lankans defaulted on their payments a year ago and the Chinese assumed control of the southern tip of Ceylon did this more sinister strategy grow clear.

Zambia, Djibouti and Kenya are all now in similar situations. Like Sri Lanka these are mostly western-leaning countries for which real control gives China remarkable leverages.

I have to admit I’ve watched this long story unfold with too much naivete. I was inclined to thank China for doing what the western world wouldn’t. The ports, pipelines, airports and roads are essential items that the colonial powers should have provided but didn’t.

Moreover, like many I felt the quid-pro-quo was obvious. I remember traveling over the remarkable hair-raising but engineer-perfect mountain roads the Chinese first built between Uganda and Rwanda. Rwanda is a bastion of high-tech precious earth metals and it’s always been a real difficulty getting them to market.

Not to mention the super pipelines from South Sudan through Ethiopia and Kenya, and the new port in Lamu that will be Africa’s largest. Wasn’t this just to get oil?

Donald Trump’s spectre is eviscerating my Goldilocks outlook towards China and good African investigative reporting is doing the rest.

Reporters at Kenya’s main newspaper published a scathing indictment this weekend of the government’s contract with the Chinese for the recent railway.

Overbuilt, terms too harsh and bribes … all intended not just to assist Chinese goods getting into the African heartland, or natural earths getting back to the homeland, but to set Kenya up for a Chinese takeover.

President Kenyatta is furious that the report leaked and has assured the nation that debt repayment is assured. There is no question that the train has increased commerce and improved the lives of many Kenyans who must routinely travel between the coast and Nairobi.

But the many scrupulous Kenyans who have been going over the agreement with a fine-toothed comb are now fearful of what their country has committed to. There are very troubling figures:

The Daily Nation expose suggests that India has expressed deep concern over the arrangement in Kenya for some time. China and India are legendary enemies, and the toehold China now has on India’s southern coast in Sri Lanka has caused enormous political debate in the country.

I promise to be naive no longer, but it’s quite possible that China didn’t intend this sudden conduit into certain influence, but that it was just playing capitalism to the fullest. It’s still hard for me to believe that China wants to rule the world.

On the other hand, China may just be proving that no one else in the world is capable of doing so.