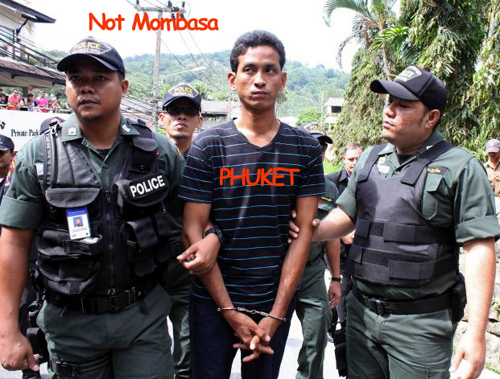 Saturday the U.S. and French governments issued special advisories warning their citizens about an imminent terrorist attack in the beach resort of Mombasa. Sunday the bomb went off; three died.

A few days earlier in neighboring Tanzania, bandits held at gunpoint all 40 tourists in a downmarket camp just outside the Serengeti, robbed them then killed the assistant manager and one Dutch tourist.

These and 93 more tourist attacks are documented on the new website, touristkilled.com, under the rubric “Most Recent 100 Events.”

The site is updated every 10 minutes.

I don’t mean to minimize the significance of the two events last week in East Africa, but I want to point out in today’s world travel to virtually any place carries risk. Would you have worried about trekking in New Zealand before?

All countries provide travel advice. The U.S. site is seriously flawed, heavily restricted by Congressional funding and politics. I believe the best site in the world is the British site, and really the only one you need to refer to.

Mostly restricted by Congressional bickering, and heavily influenced by politics (neither Egypt or Israel is as safe as the U.S. claims for tourist right now) the U.S. site is limited to either actual or expected terrorist incidents, or to warnings that our embassies or counsels in certain places can no longer assist Americans for one reason or another (such as having been booted out of the country).

The British site on the other hand is not restricted by Parliament or politics. And it broadens the definition of “tourist safety” to include such things as disease outbreaks or strikes.

In 2009 the British Foreign Office ranked 73 countries most visited by British tourists in order of their likely safety should you choose to visit them, scored mostly by the percentage of tourists who died as a tourist.

Albania, Belarus, Hungary, Singapore, Ireland, Latvia, Slovenia, Belgium, Sweden and Austria were the safest countries in the world in that order. (By the way, the U.S. was 13th out of 73 ranked.)

The deadliest ten countries were Botswana, Burma, Ethiopia, the Philippines, Namibia, Ecuador, Venezuela, Thailand, Qatar and Uganda, in that order, and all of these received their bad rating because of violent acts against tourists or terrorism. A remarkable 1 in every 833 British tourists to Botswana in 2009 was killed.

Kenya and Tanzania were not among them, although Kenya was close.

But I dare suggest that travelers dissuaded from visiting East Africa were unlikely to have considered that a vacation in Botswana, Namibia or Thailand would have been more dangerous.

One of the reasons I think that Botswana and Namibia rank so high in Africa, is that more and more travelers are visiting these countries in self-drive vehicles. This, in fact, is the source of the violent acts against those tourists in 2009.

By the way, the FCO ceased simple compilations in 2009 of the “Best Ten” and “Worst Ten” believing it was misleading. The most recent report for 2011 will take you a bit longer to analyze, and with more data (such as arrests, deaths in hospitals from natural causes, drug violations, etc.) it’s not as clear as before 2010.

And I have to admit that I agree with the FCO. Scoring safety based on such few parameters as robberies and murders would leave my city of Chicago as the worst place in the world to visit, and I highly recommend you get there this July for the annual Blues Festival.

But I felt given the current stories out of East Africa this week, deaths from violent acts in tourist spots, we needed this perspective.

Violence against tourism is on the increase. This is because the world economic situation is on the decrease. The two have always been correlated; it’s common sense. The second most important reason for tourist incidents is the political and social stability of the region.

Those two reasons you should consider when planning your vacation. But just as I hope you’ll visit Chicago this July, they should not be the only reasons. Understanding the threats, traveling with guides and friends who know where to go and where not to go, exponentially increases the safety of your voyage.

The incident last week in Tanzania was isolated. Traveling to Zanzibar in Tanzania requires some caution, now, as a result of widespread religious riots there last month, but elsewhere it’s safe, certainly on the tourist circuit and certainly if you know where you shouldn’t go. The camp attacked last week is not a well policed camp and is on private land, not secured by national park rangers.

I continue to believe that Kenya requires special vigilance. It’s important to note that the incident last week was at a sports bar that while frequented by some tourists was mostly attended by local Kenyans. This is identical to the blasts in Uganda nearly two years ago, which was when al-Shabaab (al-Qaeda in Somalia) began to lose grip there.

Shabaab threatened these attacks and has continued to carry them out quite regularly, now mostly in Kenya as Kenya takes the lead in routing the terrorists from Somalia.

This coordinated terrorism has been augmented by banditry and other common crime including kidnaping exacerbated by the world economic downturn.

It’s always been that way.