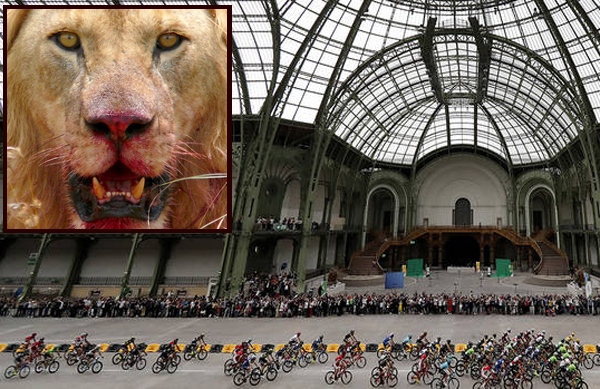 Chris Froome has come a long way. So has tourism.

Chris Froome is the son of the man, Clive Froome, who ran Kenya’s largest inbound tour company in the 1980s, and EWT was Clive’s largest client.  I met Chris when he was 2 years old.  That was not a happy time for him.

Chris subsequently led a wholesome and successful life and has made it to the absolute top of cycling, winning the Tour de France four times. Probably when he just began biking, though, his father plummeted into ignominy, a victim of the slimy times of tourism.

Tourism in the 1980s wasn’t nice. Bribes weren’t just paid in Africa; there were plenty paid right here in the U.S. to employees of alumni associations, zoos, museums and all the other not-for-profit organizations that fed so many clients through companies like EWT.

There were several reasons for this: poorly paid organizers in these associations and unnecessary middle men were the main two.

The organizers of these not-for-profit travel programs were often volunteers, and if not volunteers, very poorly paid. Like victims of the poorly paid police on the streets of Nairobi, we vendors of travel were often very politely shaken down for some unexpected out-of-pocket expenses by the organizers. I found it hilarious at the time that my accountant had us detail it all on our tax returns!

It wasn’t always straight-up cash, although that did happen. It was more often a free trip to the organizer’s dream destination. Oh, and by the way, the organizer and spouse were also written free into the trip that finally sailed.

And just as we declared every penny of this expense, obviously the end customer – the traveler – ended up paying for it.

There were also far too many middle men involved. The organizer was one, but often times these not-for-profits were heavily supported by local businesses in their communities, and more often than not, this included travel companies and travel agents.

I think the starkest example ever of this came from a travel company in Connecticut that years ago was formed simply because the principles were smart enough to be the first to buy the web name, safari.com. (It has changed multiple times since.) The principles had never been out of the country: they were horse breeders.

They ended up doing mostly honeymoons. The honeymooners mostly were from Manhattan and paid a wed planner, who paid a Manhattan travel agent, who paid safari.com who ultimately paid us, EWT.

I actually tracked one sale from start to finish. I had quoted just over $5,000 for the honeymoon safari. The honeymooners paid $18,500.

Then, of course, we at EWT-Chicago paid Clive Froome in Nairobi, and he still made a bundle.

In the mid 1980s we were sending more than 5,000 customers annually to Clive Froome. Although we were his largest client, we were not his only client. In those days about 50,000 Americans went on a Kenyan safari every year.

It must have produced a rather impressive cash flow.

So one day Clive disappeared, leaving Chris and his two older brothers and mother wondering where he was. He disappeared with the treasure chest and his nanny. We all know where he is and what he did with that treasure chest. By the way, Chris later went to live with his father to professionally train for bicycling.

But those days are mostly gone, thank goodness! There are far fewer, often no middlemen. EWT doesn’t even pay a single inbound operator like Clive’s company, anymore. We pay directly to the hotels/lodges and transport companies. The customer’s dollar travels through many fewer hands than it used to.

So while African safari tourism might not have had quite the stellar history of Chris Froome, it too has moved a very long way into the sunshine.