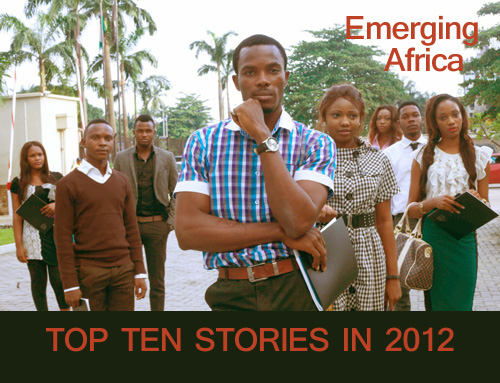 Five surprisingly dramatic themes and five wondrous individual stories make my list of 2012’s most important news about Africa. It will take multiple blogs to review them all beginning January 3, so be sure to come back to read the details!

#1 : The Somalia War Ending
After 20 years of anarchy and terrorist rule, the Kenyan military occupied Somalia and routed its warlords: Al-Shabaab is being replaced by civil servants, pirates have been displaced by law abiding fishermen and one of the world’s greatest and longest conflicts is slowly but surely coming to an end. (Read more on January 3.)

#2 : West Exports War on Terror into Africa
Routed from Afghanistan to Pakistan to Yemen to Somalia, and now to Kenya, the West’s secret military operations are chasing world terrorists like al-Qaeda into Africa. And while it’s making the west more secure against terrorism, it’s making Africa less secure. (Read more on January 3.)

#3 : African Cultures like Economies Outpace West
African economies did just fine during the recession and their rapidly developing societies are making astronomical leaps in business, women and human rights, and systems of governing. With only a few notable exceptions like Uganda, the future for Africa looks brighter than for the west. (Read more on January 4.)

#4 : South Africa Turns South
But short-term, Africa’s biggest powerhouse, South Africa, is in trouble. As the last of its old freedom fighter leaders plays out as president, Jacob Zuma is not just making a laughing stock of South Africa, but a mess of its political system. It remains to be seen how disruptive this will be to civil society, but dark clouds are forming. (Read more on January 4.)

#5 : Complicated, Sad Increases in Wildlife Poaching
Enormous increases in poaching – especially rhino and elephant – seem linked to China’s growing demand for animal parts like ivory. Corporate poaching – not seen since the 1980s – is back. But there’s more to it. A lot has to do with a growing human/wildlife conflict in developing African societies. There are probably too many wild animals for modern society. (Read more on January 7.)

#6 : Direct Hominin Ancestor from Australopithecine
Because of dramatic advances in paleontology as well as awesome field discoveries, the evolution of man blossomed with wonderful surprises over the last generation. But it made scientists awfully cautious about drawing our family tree. That may have changed this year as definitive exciting science might actually have found our earliest ancestor. (Read more on January 8.)

#7 : China Partners with U.S. for Peace in Sudan
The world’s two most diametrically opposed societies have struggled uncomfortably ever since shaking hands during the Nixon administration in the 1970s. Whether it be over world wars and conflicts, climate change, human rights – you name it, we’ve been at odds. But this year the two adversaries teamed up to make peace in The Sudan. This is terribly exciting. (Read more on January 10.)

#8 : Breakthrough Discovery for Malaria Eradication
The devil is in the details to be sure, and despite a generation of unprecedented research and global aid, malaria finds ways to evade suppression. But this year a new genetic discovery might finally herald a definitive way to eradicate this disease that is so devastating in Africa. (Read more on January 10.)

#9 : African Arms Dealer Finally Prosecuted in U.S.
It’s no secret that you can’t fight a war without a gun. But the west – and especially the U.S. – and Russia have suppressed this evident fact because their war machine economies are so important to their overall economies. So it was striking that finally the Obama administration actually began to prosecute arms dealers in a way past administrations, including back through Clinton and Reagan, declined to do. (Read more on January 10.) 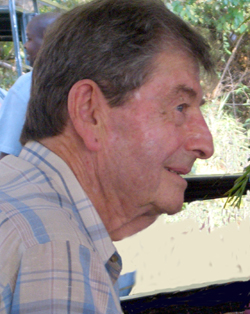 #10 : Les Fisher Goes on Safari at 91 years old
The Don of African Zoo Directors who helped pioneer some of the first American adventure travel in Africa took a small group of friends on a not-so-easy safari into Botswana in the hot season. Proof not just that Africa has been tamed for tourism, but that Americans have spread their wings about as far over the planet as possible! (Read more on January 10.)