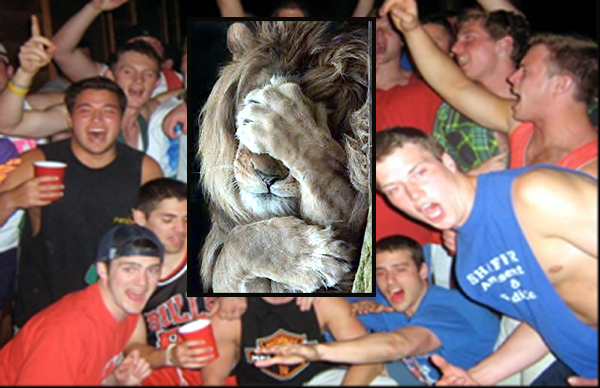 What actually did the scientists at Oxford University tell us last week about the catastrophic decline in lion populations?

We’ve known for some time that lion populations are in trouble. The world’s preeminent scholar on wild lions, Craig Packer, issued a number of striking studies before his retirement several years ago. Packer was sounding the alarm a decade ago and just before retiring was so moved by his own data that he shook loose from his life-long support of sports hunting.

Over the weekend researchers at Oxford University issued a limited release of what they believe will become the definitive and breakthrough study on exactly how bad lions are doing.

This is a numbers report. Appropriate deference is given to obvious causes like habitat erosion and human/animal conflict, but the point is to hammer into the wall exactly how bad the situation is.

Tanzanian officials cheered the report for showing that their country has more lions than any other country. That’s true. But they ruined the celebration by so inflating the figures in the report that one has to wonder exactly who, if any of them, actually read it.

The report claims there are only 22,509 wild lions left on the continent. To be so precise is bold but that’s exactly what the authors from the Conservation Unit of Oxford University intend. I believe that compromises their conclusions, but regardless the margin of error they concede the fact that the published numbers aren’t rounded is telling.

Essentially these skilled researchers claim to have accomplished the best count ever and that the results are good enough to conclude that once and for all that lions are spiraling towards extinction and faster than most other big game animals.

“The study notes how there are more wild rhinos than wild lions, 14 times more African elephants and wild gorillas than wild lions and nearly 350 000 people for every one wild lion.”

Tanzania’s principal research officer in charge of lions and other carnivores, Dr. Dennis Ikanda, discussed the report with a reporter in Arusha and claimed that Tanzania had 14,000-15,000 lions. He was absolutely not contradicting the report. He was implying the report affirmed his numbers.

And nobody – not even the reports’ authors – seems to care.

DNA connects everything to everything creating the marvelous Universe of Life. Ecology teaches us that every bee and lion and noisome street vendor are connected in the Chain of Life. Rattle one and the other might drop.

But we’re also connected inorganically. In fact memes spread faster than genes because their vector is digital, inorganic. Before any of us can even organize how to start our research into determining who is correct regarding the number of lions in Tanzania, two competing stories have each spread as fact across the world.

Eventually, of course, with enough time and concentration I’ll be able to parse the report’s data, critique its conclusion. Meanwhile the world moves on. NatGeo airs another season of Alaska State Trooper.

So something has to be said, now. That’s what both the Oxford scientists and Tanzanian officials want. That’s why they gave such precise figures.

Arbitering my own instincts isn’t easy. Initially I’d go with Oxford scientists over Tanzanian officials, but I remind myself of the horribly flawed Great Elephant Count that so many western scientists championed and participated in.

So frankly, I’m stymied. The only lesson I’ve learned is that precision is not a part of our world, today. As important as it is to know exactly how fast the world’s temperatures are rising, or exactly how many deaths are caused annually by guns, we proactively refuse to know. Instead, we welcome marginalized assumptions, validate them with made up facts, so that our inclinations can be reenforced faster than hard-worked study can confirm them.

All that the Oxford lion pre-release draft study tells us so far is that we’re stupid, and that at least in this ignominious era of human existence, we don’t care.