Say what you believe and believe what you say. Without that credo society breaks down. The cants include Schwarzenegger, Strauss-Kahn, and Wanjiru. These three headliners are respectfully American, French and Kenyan.

They are stars: political and commercial, and sports heroes. Wanjiru at the prime age of 24 was the world’s greatest marathon runner, and he killed himself yesterday when his wife found out about his affair.

Nairobi’s Capital FM radio station put it poetically: “[His] existence was intertwined by the sad pointer [of a] tortured genius, choosing to express himself through an excellent natural gift and reckless abandon in equal measure. Enigmas who no one, even himself knew.”

Nothing quite as poetic with the Terminator or Emperor Pretender. In fact once you leave dynamic African society, scandals don’t seem to be scandals, anymore.

My greatest personal disappointment was with John Edwards.

I’m a numbers guy. It’s very hard to get a handle on how many committed couples have affairs. It’s just too all-over-the-place. So-called “respected journals” like The Journal of Couple and Relational Therapy say 50%.

But that’s a European group, and I think their main interest is selling their books and therapy.

Although it’s been a decade since any American university studies, that’s what I’d believe: Judith Treas, a sociologist at the University of California-Irvine, concluded 11 % and pronounced, “There isn’t any evidence of an infidelity epidemic.” The numbers were more or less the same as a University of Chicago study in 1994. Michael Kinsey concurred.

And so that leaves me and my cohorts in grey society all quite ordinary, in a grand majority of all the less influential and colorful bodies on earth. Oh, but wait! Zuma! Jacob Zuma! 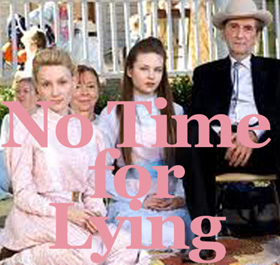 The President of South Africa makes no bones about his affairs. He doesn’t have to. He just marries them, and right now, they number 12. It poses great difficulties when he travels on State visits. The Maitre D’ doesn’t know who to put on the place card.

I’m not the only person who’s made fun of the President’s polygamy. In South Africa it’s a serious issue. And the fact he doesn’t have to cheat, he just marries again, doesn’t mean the man “Says what he believes and believes what he says.” Zuma’s in a ton of trouble in that regards.

Is this just a goofy topic… or a real issue?