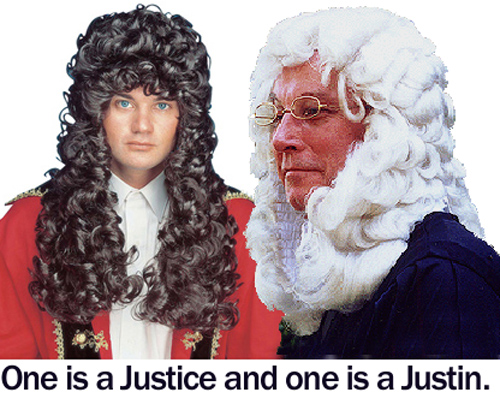 I think this is one of the most wonderful stories of the year.

Kenya has been undergoing a legal transformation the likes of which I really don’t think another country in the world in my life time has accomplished. After approving a new constitution a year ago, Parliament has been madly passing law after law to make the constitution real.

They’ve done away with numerous unnecessary civil servants in the old regime, consolidated the political boundaries of the country, enfranchised gays and other fringe cultures, mandated a third representation in Parliament by women … the list goes on and on.

I’m not saying that everything newly accomplished in this country born of corruption, tribalism and nepotism is beyond reproach, and this isn’t intended to survey the whole process. But I’m truly impressed by the creation of the new judiciary.

Kenya’s old judges were miserably corrupt. The recently appointed and approved judges to the new Supreme Court are mostly fabulous individuals, pretty free of political baggage and ideology. Oh were that day possible here at home!

As hard to believe as it might be, Kenya even considered chief justices that were not Kenyan! Good lord, can you imagine the U.S. considering some extraordinary foreign justice for a position of meter attendant?

And their approval by Parliament was not without a lot of grumbling and backdoors’ maneuvering mostly by one tribe claiming another tribe was not fairly represented. The appointees sat in the wings, like our own Presidential appointments waiting to be confirmed, just like our dozens of judicial appointees waiting for confirmation.

But unlike here at home, they have all been approved!

I’m not sure this is because the existing Members of Parliament have seen the light, or come round to “country first” or are just exhausted. But the bickering stopped, and these stellar and extraordinarily well qualified individuals have all taken their seats on the bench.

And the oft shouted warning by those who opposed them, that they would be massively disruptive to the current culture, legislating from the bench a cultural autocracy … well, these are among Chief Justice’s Willy Mutunga’s first decrees:

– No judge is to be addressed “My Lord” or “My Lady.”
From now on, it’s “Your Honor” or the Swahili version, “Mheshimiwa.”

– No wigs.
Finally trumping its colonial power, Britain, as more hip, “No head gear of any type will be worn except by the kadhis.” The kadhis is a brilliantly conceived lower court to deal with family Muslim issues and the traditional Muslim headgear will obviously be appropriate.

– Robes to be decided later.
The judges’ colloquium gathered after all appointments had been confirmed just couldn’t reach a consensus on this one, yet. Many said that robes instill a feeling of respect. But Deputy Chief Justice Nancy Baraza said many Kenyans say robes instill fear, not respect.

I’ll let you know how this works out.

But how wonderful that social turbulence, tribal infighting, ideological bickering and political gamesmanship seem to be matters of the past.

And they had no problem increasing their debt ceiling, either.