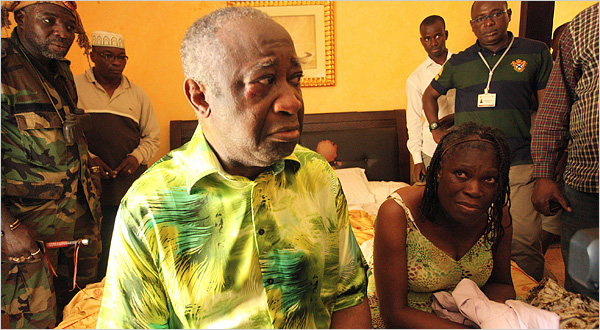 And so it ends.

Some combination of French, U.N., and Ivorian forces loyal to President Ouattara captured Laurent Gbagbo in broad daylight at his residence.

The videos and pictures of the arrest show a broken man.

He looks a little better than Saddam did when they pulled him out of the spider hole, but not by much. 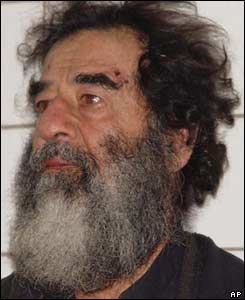 Does anyone remember the breakdown of the vote that began this long, murderous process?

Taken together, these two results suggest that 46-49% of the Ivorian population would have preferred that Gbagbo remain president.

Yikes—given the absence of significant political polling and a history of fraud and intimidation, you can see how easily pro-Gbagbo civilians would have felt cheated.

So now Allasane Ouattara will have the pleasure of ruling a country where almost 50% of the population was happy to see him imprisoned in an Abidjan hotel, his forces have been implicated in human rights abuses on their march South, and he is seen by many as a tool of French imperialism thanks to a small dose of truth and an extra large helping of pugnacious Gbagbo’s fear mongering in the weeks leading up to his arrest.

In the words of Pyrrhus of Epirus—“Another such victory and [Ouattara] will be uttery ruined.”

I have a lot of admiration for the way Ouattara has handled the situation so far—he is making all the right noises about national reconciliation, investigating human rights abuses on both sides, and urging restraint among his partisans.

I also think he needs to quickly distance himself from Paris.

I was not wild about French forces being so deeply involved in Gbgagbo’s arrest. (The French claim they never entered the Presidential residence; Gbagbo’s people claimed it was the French soldiers that actually made the arrest.)

For several decades, the French propped up or toppled West African leaders at will, and whatever the rationale, it doesn’t take a master propagandist to make this look like neo-colonial meddling.

Tiken Jah Fakoly—a super-star Ivorian singer and frequent political commentator had this to say in an interview with Jeune Afrique—“Sarkozy shocked me by saying that Gbagbo and his wife were to leave office within three days. He made a serious error that led many intellectuals to support Laurent Gbagbo. Today’s generation cannot stand this kind of statement that reminds us of when the colonizer or the governor spoke to our parents”. (Find excerpts in English.)

I sympathize with Tiken’s comments, even though I think France’s motives were mostly humanitarian.

Perception is reality, and France should know better.

Ouattara was already battling the perception that he comes from Burkina Faso—the French aid will now add another layer of ‘outsiderness’ to his persona.

I can’t tell whether Ouattara’s prolonged battle has expended or generated political capital, but I certainly do not think he has enough at the moment to make Cote d’Ivoire a functioning, healthy state.

The French can help him bomb Gbagbo into submission, but they sure can’t help him build a country.