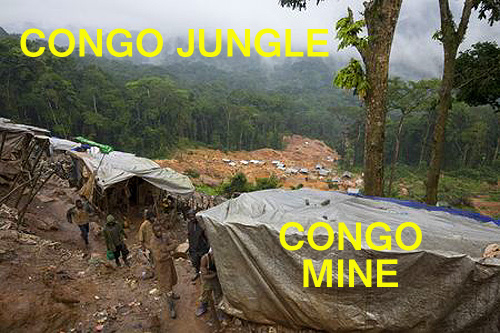 Terror in travel is a wonderful way for us guides to get our clients into the car on time, and in Africa, snakes seems to be the trick!

In East Africa where I guide there are 42 venomous snakes and every single one is a killer! But now a wonderful assistant professor of biology at Whitman College threatens to diminish my terror trick, but who knows, maybe make snakes a tourist attraction?

Kate Jackson has built the only online database of the snakes of Western and Central Africa. Together with the book completed with venom expert Jean-Philippe Chippaux, it is one of the best field guide toolkits I’ve seen for Africa.

While snakes command the attention of most of us by playing on our abject fear of a miserable death, Jackson’s motivations are considerably more noble. To begin with she is a living example that even the so-called “deadliest” snakes are less so than thought. She herself, has survived cobra and other snake bites.

But Jackson’s motivation for exploring the Congo goes way beyond the terror of a snake: “I went to the Congo to try and protect the amphibians and reptiles from the mining.” And in so doing, of course, she will protect humans and their virgin wilderness from mining as well.

The lust for Africa’s natural resources is becoming desperate. (See my blog, yesterday, about Zambian mine workers murdering their Chinese manager.)

In the “green issue” recently published by Whitman’s college online magazine Edward Weinman reported that the Wildlife Conservation Society (WCS) invited Jackson to The Congo to explore a huge area of the west near the Gabon border scheduled for massive mining.

This is something so hard for me to imagine. I was there nearly 20 years ago, looking for lowland gorillas. It was one of the hardest, most extensive expeditions I’ve ever undertaken, and the beauty and intensity of the forest was forever memorable. The notion that this area has so transformed, or will be so transformed, that it will be raped of this pristine character is mind-boggling.

Two mining consortiums, mostly British Zanaga, and Swiss Xtrata have formed a monopoly to mine this area. Both have directors closely linked to the world’s biggest mining company, Rio Tinto. This is clearly considered one of Africa’s most potential areas for mining, and the list of ore goes well beyond coal to diamonds and rare earths.

If left unchecked this mining consortium will wipe away some of the most virgin and pristine areas left in Africa.

Jackson’s work for the WCS is clever and very political. Many mining projects in Africa get their start from the World Bank. They don’t need to, because the mining consortium like the one described above can command capital larger than the Bank can for a given project.

But the Bank overseas so much more than just mineral extraction in developing countries like The Congo. It works closely with the IMF and other UN agencies for local development projects that specific industry companies have no interest in … like hospitals and schools and dams and sustainable agricultural and water projects.

The WCS has a long and successful history of delicately going into a given area designated for mining, doing what we would call here at home an EPA study, and then convincing the World Bank and IMF that wholescale development would be an environmental catastrophe.

The pressure that the Bank can then effect on the country, and its partnership with many other agencies necessary in that country’s development, can force the mining consortiums to compromise in vital ways.

In this particular case, Jackson explains, “We documented the myriad species thriving in this virgin wilderness, not as a means to stop all development, but to instead bargain for a land swap.”

It sounds like Jackson’s work, and those of other scientists, may be successful in protecting a huge area of the Congo from any future development whatever by designating it a national park, in return for a smaller piece given to the mining consortium.

The conflicts in Africa are often much more than just the wars you hear about, or the increasing effects of global warming. They are these more complex issues as well: the Congo will benefit enormously from the mining extraction. It’s hard to argue against this.

But with help from people like Jackson, we might simultaneously be able to preserve just a little bit more of natural Africa from the real terror confronting us: losing the wilderness.