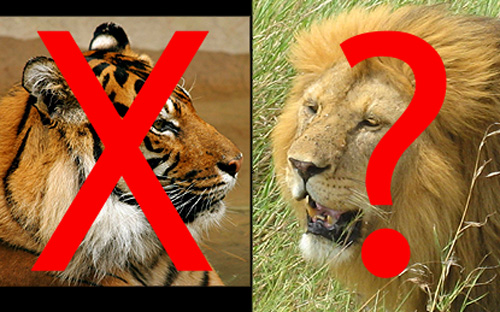 India’s Supreme Court has banned tiger safaris in an attempt to stem their extinction. The decision has enormous implications for wildlife tourism worldwide.

Almost all wildlife tourism featuring wild tigers is in India. (A much smaller industry remains in Nepal, and even smaller in Russia.) Although there is a variety of larger mammals in India’s game reserves, tigers are by far the main attraction for foreign tourists. The decision could doom Indian wildlife tourism to its own extinction.

The Supreme Court’s simple decision on July 24 which “banned all tourism activities in the core areas of tiger reserves” followed an April 3 court directive to individual Indian states for wildlife management plans to protect tigers in face of a rapid decline.

The Court was reacting to the fact most of the States had not submitted any such plans. But the likelihood that the decision could be reversed if the States get their acts together is very small.

Few plans were submitted because nobody knows what to do. There is a decline in big cats worldwide that has miffed researchers. Nobody knows how to stem the decline. Nevertheless, the court will revisit its decision on August 22. Most of us do not expect it to reverse this decision.

In Africa as in India more big cats are being documented as having been poached, or more correctly, killed by owners of stock being molested by the big cats. Clever use of modern poisons lacing meat placed out as bait is the principal tool.

But the rapid decline (in East Africa, the lion population is down to around 9,000 from 30,000 twenty years ago) cannot be attributed to poaching alone.

My own feeling is that the increased urbanization of the developing world combined with confusing but rapid global warming changes is clobbering the top of the wilderness food chain. Ranchers poisoning lions to save their cattle is a symptom of this.

In India the issue is even more confused since a tiger skin is worth so much more on the black market than a lion skin. A male tiger can be more than twice the size of a female lion, its fur is much thicker and arguably more colorful. Though the motivation for a tiger killer might be to save his cows, once killed he has acquired a very valuable item easily black marketed for an extraordinary price.

The actual numbers of larger wild mammals in India as in Africa is actually increasing as wildlife management improves and the remaining habitat for them is better protected. But even though the food source is theoretically then increased for the larger cats, their overall habitat may be more stressed as more animals are squeezed into smaller areas.

This can lead to increased territorial fighting and a more rapid transmission of disease. Recently, for example, it was discovered in East Africa by researcher Craig Parker that some of the lion deaths there were attributed to a disease that was sweeping through the buffalo populations. Lions hunted buffalo and acquired the disease themselves.

India’s corrupt and complicated political system leaves open the possibility the court decision will not be fully implemented or at least not very quickly. Tourists also need to be very alert, now, as officials and business owners in some of India’s 600 so-called wild tiger reserves scramble to maintain business.

Ranthambore is one of the most important reserves, with 52 known wild tigers. There were indications recently that officials were going to move older tigers out of its central reserve into a buffer area that they would enclose, large enough that tourists wouldn’t realize when driving into it that it wasn’t the unfenced and open park.

India’s position has worldwide ramifications. The percentage decline and rate of decline of lions in East Africa is not quite as severe as tigers in India, but it’s severe. And what about polar bears in North America? Or walruses? Or even bears in certain parts of Alaska?

In India at least the highest court has decided that tourism contributes to tiger decline, or at least impedes tiger conservation.

To protect wild animals, should tourists be banned from seeing them?