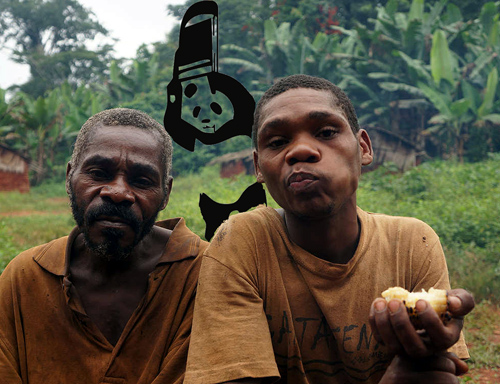 People with deep faith in the good work that they do sometimes develop blinders that become destructive. This may be happening today with the world’s largest and most revered wildlife organization.

It’is the largest wildlife conservation organization in the world, with a balance sheet of just under a half billion dollars. Remarkably its liquid assets of $337 million are derived by less than 10% through fund raising, reflecting an “organization” that is mostly an endowment and grant sponge.

Too big too fail comes to mind.

WWF has enormous power throughout the world. In the Cameroon it implemented without much oversight what looked like good ecological programs mostly to protect the forests of the Congo Basin, but with little oversight by the Cameroon government the WWF programs may in fact be destroying the indigenous pygmies, the Baka people who live there.

In February a competing NGO, Survival International, filed a formal complaint against WWF with the OECD in Paris. According to the Guardian newspaper, “The complaint contains eye-witness accounts of alleged brutality, video testimonies, and reports from the Cameroonian press accusing the eco guards of violent actions against the pygmy groups.”

I was skeptical. Accusation is not evidence. But the evidence is now coming in, and it’s damning.

WWF’s strategy to protect the Congo Basin forests is deeply mired in partnerships with commercial enterprises like logging companies. At first this doesn’t seem so unusual: private/public partnerships is the tagline for much progressive public policy today.

The idea, of course, is that good public advocates will curtail the otherwise ungoverned exploitation of commercial interest, and that if well done, sustainable commerce can be achieved.

In logging, for example, historical partnerships between logging companies and government and private conservation entities have actually created long-term renewable forests in the U.S.

But in pursuing its private/public partnership in the Cameroon WWF embraced a French logging company, Rougier that had a long and troubled history with indigenous forest peoples. WWF had little choice who to partner with as it was the Cameroon government’s choice.

But there are now credible reports that Rougier has displaced Baka pygmies – who have claimed the forest as their home for millennia – without compensation and in violation of its own agreement with the Cameroon government.

There are even reports that many Baka have been tortured, and further claims that WWF trained anti-poaching units have been involved.

WWF portrays it otherwise insisting the issue is one of poaching, not displacement. Too many videos and eye-witness accounts have proved WWF’s defense is empty of reality.

Moreover, WWF has done everything to keep this out of the English media.

When pressed by a Belgian advocacy group for Cameroon, WWF responded (in French) that its partnership was sound and ethical, that Rougier was acting in accordance with ecological agreements, and that the logging was mostly taking place in an area soon to be flooded by a dam.

WWF aggressively defended its partnership with Rougier until April, 2015.

March and April, 2015, was when Stephen Cory, Survival International’s Director, demanded documents from WWF-International’s director, Marco Lambertini, regarding the accusations.

“Apologies for the delays… This is a personal note…. I would prefer to operate on the basis that our organisations both have the interests of the Baka and other indigenous people at heart….If you want to explore the possibilities, let me know.”
12 May 2015 15:37

It strikes me that WWF is in deep do-do, holding hands with a French logging company whose behavior is probably criminal. Like the leaders of our own Republican Party, WWF may have lost control but finds itself unable to extract itself into any original moral position nor to unentangle itself from its own perhaps unintentional involvement in displacing indigenous people.

It’s the disease of the Too Big, Too Powerful. In my view organizations and institutions this large can only function in a moral way when they are accountable to the people who support them and who they serve.