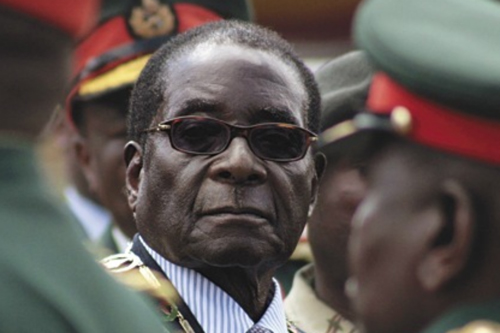 Zimbabwe tyrant Robert Mugabe is near death in Singapore; but what will follow?

Mugabe has been “near death” before, but the reports today are substantial despite an official Zimbabwean government statement castigating foreign journalists for writing “hogwash.”

An important cabinet meeting in Harare last week was surprisingly cut off, his private jet flew to Singapore with literally all his family accompanying him. Sources in Iran, one of his lone allies, yesterday claimed he had turned over power to his equally iniquitous defense minister, Emmerson Mnangagwa.

And yesterday London’s Daily Mail reported from a variety of sources that he was “close to death.”

The web of immorality and culpability for the most torturous human rights abuses, and the bankrupting of a once outstanding African society is a complex and messy one in Zimbabwe. Mugabe’s death will not necessarily mean anything at all changes.

At least not at once. As many as a thousand officials live as millionaires under his protection and that of his close advisers. They are not likely to give this up for power in a country despised by most of the world. Mnangagwa is the likely spider to replace Mugabe over this matrix. And to the extent he can keep the money flowing down the right threads, Zimbabwe will remain an awful place.

As many as a dozen of the thousands of Zimbabwean officials on the take are also likely to be indicted by The World Court in The Hague for crimes against humanity, including of special note his anointed successor, Mnangagwa, who for years controlled the country’s intelligence services.

This inner circle of evil men will likely concede their internal bickering for a government that will be strong and lasting enough to protect them all. A sort of rally round the torture chamber, boys.

So don’t buy your tickets to VicFalls just yet. But all that being said, the “Evil Queen is Dead” syndrome can’t be discounted. This week in a bold move not seen for several years, protestors in Harare dared to stage a demonstration, and spokesmen for opposition movements began to appear on the world media.

Note: the opposition spokesman who appears in the above video carries a similar name to the anointed successor but is not the same person.

Ultimately the day will come when the old man’s regime falls completely. I do wonder what will fill the vacuum. Morgan Tsvangirai, a once fiery and charismatic opposition leader who escaped being crushed to death by agreeing to a fake position of “Prime Minister” in the current government has been totally coopted.

Possibly he could regain some of the old spirit and shepherd the country into a new era, but the few sane Zimbabweans left capable of rectifying this miserable country will no longer accept him as a long-term leader.

Opposition – little as it is right now – is coalescing around the idea of a new constitution, as nascent rebellions are wont to do. But even that seems wimpy, given that Mugabe’s constitution isn’t really so bad. It’s just that he doesn’t follow it… at will.

So “The Evil King” might be dying. But there’s no white king backstage, and the aftermath does not look as rosy as Oz.