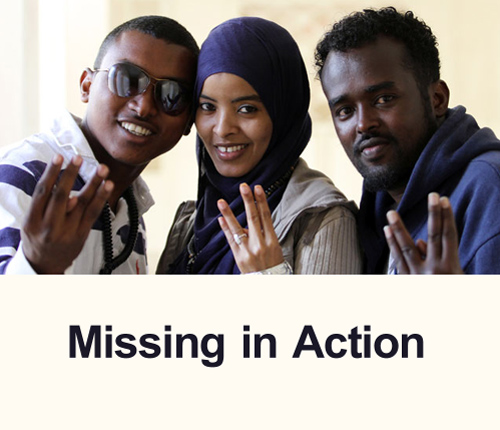 Musicians have long waved the banners of the oppressed, and I’m worried that they have abandoned Nairobi’s Eastleigh because of Kenya’s increasing war on terror.

Nothing is ever all one way or the other. Despite Texas Congressional candidates’ assertions, not all Muslims are jihadists.

Many Somalis abhor war, are vehemently anti-terrorist, and many who I know are among the most placid individuals in the world. Many hundreds, even thousands, left Somalia for Kenya fleeing the conflict.

They ended up in Eastleigh, a northeast part of the city now known as “Little Mogadischu.”

When terrorist attacks increased in Kenya, jihadists’ retribution for Kenya invading Somalia and displacing al-Shabaab, almost all the attacks in and around Nairobi were in Eastleigh.

The pacifists fought back … with music. There were some incredibly courageous individuals and bands in Eastleigh who defied terrible and real threats after denouncing al-Shabaab and terrorism.

It began in 2008 with an artists’ collective in Eastleigh called Waayahu Cusub, “New Era.” The young artists wanted to structure a Somali existence in Kenya based on no war. Since 1993 Somalia has been a land of war.

In the beginning they focused on things music normally does, like love and romance. Alla Weyn (Big Dude) was an immediate worldwide success.

But as terrorism increased in Kenya they got pushed into the political front. A 2012 Rolling Stones article said “Somalia’s hip-hop renegades are claiming their war-torn country’s culture back from militant extremists.”

In some regards they had no choice. Radical jihadists normally ban all music. So last year in July Waayahu Cusub’s musicians successfully produced a giant concert for Somali relief.

And there were no more lyrics laced in roses and kisses. The singers challenged al Shabaab in particular to defy their music and painted a red line at Eastleigh.

Then there was the devastating destruction of the Westgate Mall and more recently the terrible massacre at a clothing market.

Waayahu Cusub has gone silent. Their website, once attracting thousands of hits daily, is dead.

The reasons for this are as much in the response to the War on Terror as the war itself, and more of this on Monday.