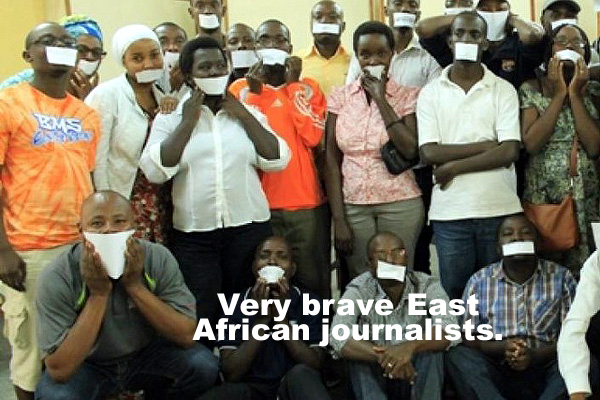 Within the last few days Tanzania has restricted free speech and Kenya has loosened it. It’s one of several ongoing political trends separating the once inseparable neighbors showcasing Kenya as the more attractive destination for foreign visitors and investors.

Will it continue? If it does Tanzania will certainly become the poor, impoverished cousin.

Over the last year both Kenya and Tanzanian have tried to curtail public media. The most stunning move was last year’s Kenyan government shutdown of several proactive media outlets covering the controversial election.

The government action would certainly have been reversed by the Kenyan courts if the issue didn’t become moot when the government relented. But there have been several other attempts – all so far failing – to impede public media and discourse.

Because Kenyan courts are aggressively confronting the autocratic moves by the executive and legislature. Yesterday the Kenyan supreme court gutted at least temporarily the soul of the Computer Misuse and Cyber Crimes Act of 2018.

Almost simultaneously the Tanzanian high court reaffirmed four draconian laws that will likely close down 90% of Tanzania’s blogs. The laws wouldn’t last a second in most free societies. They curtail enormous amounts of press freedom including the free movement by foreign journalists.

The action by the two high courts effectively contrasts Kenya as a champion of freedom to Tanzania as an increasingly autocratic, controlled society.

This dosido between Kenya and Tanzania has gone on since the two countries’ Independence in the early 1960s.

Of course it reflects their powerfully different colonial heritages: Tanzania emerged into nationhood as a socialist, left-leaning ally of Russia and China. Kenya was the close friend of Britain and the U.S.

What had always bound them … at least until now … was an autocratic leader. In times past we in The West associated autocratic rule with The Left. It wasn’t always that way with emerging nations. Jomo Kenyatta, the first president of Kenya and father of the current president, was a viciously strict ruler thinking nothing of jailing an opponent for a rude remark.

But Kenya was considered “west leaning” (if not Right leaning) mostly because of its lose capitalistic policies and because Kenyatta was deft at giving reign to such parts of society as the media.

Over time this “little bit” of slack Jomo Kenyatta allowed came back to bite his supporters. Kenya today is rife with freedom freaks. To be sure it translates into very liberal economic policies particularly for the foreign investor. But for the time being it also seems to restrict the current President Kenyatta from many of the policies employed by his father.

The metamorphosis of an autocratic into a less autocratic Kenya has not been pretty. Each election is like a firebomb. The country has suffered so enormously from its volatile ups and downs that once four times the size economically of Tanzania, it’s now hardly above par.

That’s the support for less freedom in Tanzania: economic prosperity. It’s nothing strange to a westerner to hear the mantra, jobs jobs jobs. Even in the U.S., now, when we don’t have enough people to fill the jobs that are available the mantra blasts out.

But Tanzania may be going too far. The recent media acts are draconian. The annual license fee required of any blogger (one million shillings, or about $500) is about a quarter of the annual wage of a modern, successful urban worker.

More to the point, the act uses licensing to then suspend, and further seriously fine, any blogger or journalist for “endangering the state.” Violators are subject to a $2300 fine and 12 months in jail.

Lose wording accepted by the judicial arm of societies is tantamount to ceding authority to the executive, and that’s precisely what’s now happened in Tanzania.

This level of government control will scare lots of people starting with investors. But it drills right down into tourism, because there is hardly a tourist property or company today in Tanzania which doesn’t blog. Few visitors know that their safari camps blog or what the blog says, but the bloggers do. The good staff that has stuggled over the last several decades to build Tanzania’s tourism to rival Kenya’s may now disappear.