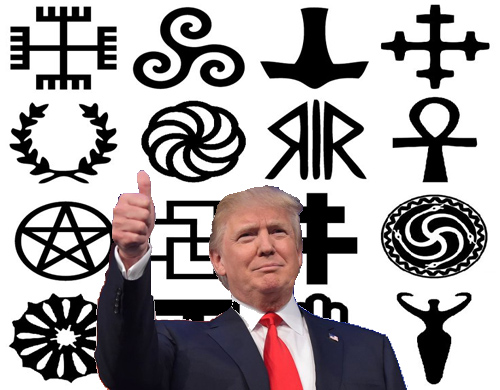 According to a successful white South African male progressive, “Anyone who cares about gender equality [should vote for] Hillary Clinton, irrespective of her policies and …whether Donald Trump is the alternative.”

Jarred Cinman argues on a number of fronts, but the one that struck me right away was, “Her symbolism is more powerful than her presidency ever will be.”

Cinman is head of NativeVML, an up and coming South African ad agency whose impressive clients include many of the high-end spirits (like Chivas Regal) and several important banks (like Nedbank). His Hillary endorsement appeared yesterday in South Africa’s most popular, out-of-the-mainstream digital media, the Maverick.

Few understand discrimination as those who live in South Africa, and few can wrestle with their guilt as well as a white South African male.

But Cinman’s principal argument, that Hillary Clinton is a symbol of womens liberation, is the sort of the argument I’ve been using for Bernie: Don’t despair that he won’t get anything done, it’s what he represents.

So if we reduce our support to symbols, then which is more important? A Woman President. Or a Socialist President?

Cinman comes from a part of the world considerably more socialistic than we are. That might explain why he doesn’t see the matchup as I do.

Many, many well educated people I meet around the world don’t know, for example, that America doesn’t provide universal health care.

But for the sake of argument, presuming Cinman is not one of these foreigners with American starlight in their eyes, what is so powerful about the symbol of a Woman President?

Slap, slap. How much would a single Socialist President change this?

Symbols often fade quickly when too easily thrust into importance. Cinman himself discusses this unintended emasculation. When symbols finally make it, they:

“do not have the resources, self-esteem, networks and context to actually take control.”

Further he argues that this starts to institutionalize the original discrimination:

“The truth is many black people in South Africa still believe themselves to be inferior.”

The oppressed take on the character of the oppressors: “They strive toward the same prizes… This striving often benefits the very people they sought to outmanoeuvre.”

So let me get this right.

Vote for Hillary because she’s a woman. You don’t need any other reason. The symbol of a Woman President is so important, that:

1) She won’t be able to accomplish anything.

2) Other women will be marginalized or ensconced in their previous roles.

You see, this isn’t totally fair of me. Cinman’s argument is poorly made and ridiculously vacuous. Mostly, it’s incomplete.

Had he simply also pointed out that Hillary is an incredibly accomplished person, whose list of political accomplishments is very impressive and who has bucked the establishment and won (Benghazi Hearings), the symbol starts to shine.

And because he neglected doing this, even eschewed doing so, I think his brand of thinking may be similarly being applied by Bernie’s opponents to Bernie.

So let’s move beyond the symbols, OK?