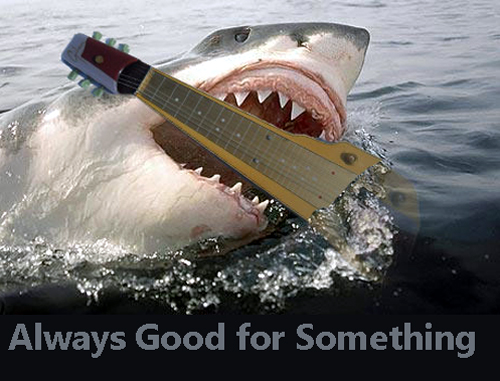 Africa’s evolutionary star, the cichlid fish, is once again in the forefront of our growing understanding of natural selection.

In a beautiful twist of evolutionary intuition, a recent study by University of California-Davis scientists shows that selective adaptation might just as easily lead to extinction as species preservation.

Their studies were made in the two African lakes, Malawi and Tanganyika.

The easy way many think of natural selection is that the physical changes in a species caused by random forces (like heat or radiation) prove so advantageous to those changed individuals that they become the genetic kings and soon dominate the species.

Bipedalism in hominins, for example, was so advantageous in the acquisition of food that it became an essential characteristic to all man-like creatures.

But the UC-Davis scientists proved that what at one point may be an advantage can quickly turn into a disadvantage, further supporting the idea that evolution is hardly linear, random and sometimes even counter-productive.

Many contemporary studies of the mechanics of evolution use sub-Saharan Africa’s Great Rift Lake fishes. This is because so many rapid changes are occurring to the environment in the area, and the fish there breed so rapidly, that evolutionary change can actually be measured in real time.

Cichlid fishes are the usual subject. These are the “angel fish” and “neon tetras” and other fresh-water “tropical fish” typically sold in pet stores.

In this particular study, the scientists showed how cichlid fishes came to dominate their ecosystem by developing pharyngeal jaws, a second set of jaws located below the mouth’s first set.

It proved a fabulous adaptation, because it gave them much more power to bite. Previous potential prey, both vegetative and other fish, too hard to consume because of protective outer protection like thick scales or strong fibrous outer layers, became useful food to the fish with pharyngeal jaws.

Soon almost all the cichlid fishes had pharyngeal jaws.

Scientists at first thought that the Nile Perch were consuming the cichlids, even though they were often around the same size with the same mouth size, so there was interest as to why the Nile were winning.

Turns out the Nile Perch weren’t directly responsible. The perch does not have pharyngeal jaws, so it’s able to open its mouth twice as much as the cichlids with the super jaws.

The perch simply out ate those cichlids that were accustomed to eating other fish, because they simply controlled a larger area for food gathering.

Alas, what not so long ago proved a successful adaptation of natural selection subsequently became a reason for species decline:

“Researchers had seen the pharyngeal jaws of cichlids as a classic example of evolutionary innovation. That’s still true, but the study also reveals that the evolution wasn’t wholly beneficial.”

Well, of course, that’s not necessarily right: The unsuccessful adaptation of the cichlid super jaws was, in fact, beneficial to the Nile Perch. So in the context of the overall ecosystem, evolution did evince beneficial progressions.

Super jaws, though, bit the dust.