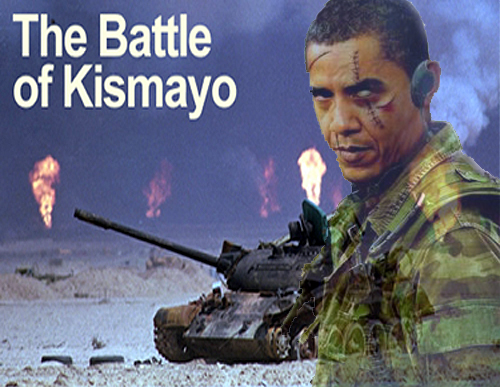 Come on, America! You’re not all dimwits! Obama’s announced policy against ISIS is comparable to what he did in Somali, and it worked. And it was wrong.

We’ve apparently been successful knocking down a bunch of dominoes around the world. I guess Obama thinks it’s time to pull a few of them back up for future consideration.

Now so far I’ve probably assisted raising new funds for the Society of Dimwits. But you’ve got to understand as we race pell-mell into war, again. 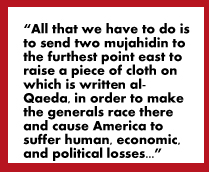 Take a look at the statement to the right and guess who said it. Read this blog through to the end to find out, but try to guess, first.

I was watching my favorites on MSNBC parse the Obama speech for analogies with past African policy in Yemen and Somalia, and they got the facts terribly incomplete. It’s astounding that three years after the Kenyan invasion of Somalia, nobody knows about it.

Before the Kenyan invasion on October 18, 2011, U.S. special forces and even regular forces had been spotted on the ground in Mombasa and Lamu, two of Kenya’s coastal cities near Somalia.

French naval forces had penetrated the unofficial stay-away limit from the Somali shore.

A week after the invasion, 90 U.S. soldiers were cheered by Ugandan crowds as they entered Kampala on their search for the terrorist, Josef Kony.

Drones – relatively new and untested back then – were flying all over the African heavens.

We knew something was up, and it was. Later we’d learn about all the equipment and training that the British and Obama had given until-then a useless Kenyan army.

Obama had chased the meanest of the Afghan and Iraqi warlords and terrorists into Yemen and Somalia. They found greater purchase in Somalia than Yemen, where no real government had been in place for more than a decade.

So while the war in Yemen has never ended, it’s much less international than in Somalia. The war and the terrorists in Yemen are almost all Yemeni. Not so in Somalia. They came from Afghanistan and Iraq, mostly.

Someone made a decision in late September, early October, 2011, to deploy everything possible short of the perceived “boots on the ground” against the fugitive terrorists from Iraq and Afghanistan.

The Kenyan Army took less than a year to get rid of the terrorists who were, in fact, controlling most of Somalia. As I wrote on October 12, 2012, ‘Mission Accomplished: Now What?’.

From afar the score today is pretty much in America’s favor. More than two dozen terrorist leaders have been “eliminated.” Somalia while not yet fully pacified has its first functioning government in 21 years. (There’s even a dry cleaning store now open in Mogadishu.) Piracy in the Gulf is almost nonexistent.

Kenya continues to occupy Somalia. It has suffered the most horrific three years of terrorist attacks on its own soil imaginable. Its economy, prior to October 2011 and in fact right through the Great Recession, which was robust, is now weak and possibly crumbling.

The short-term strategy to make America safer, however slightly since our fear isn’t invasion but surprise suicide bombings, worked. And I expect it will work against ISIS despite all the naysaying.

Our policy, Obama’s policy in Iraq and Syria, will make America slightly safer at the immoral expense of making Iraq and Syria much, much less safe … and all for the short-term.

Exactly like the Horn of Africa, where our safety – incrementally better in my view – came at the horrible expense of the safety of our so-called “partners on the ground.”

And so once we complete the mission in Iraq and Syria, with the wars there incompletely finished, then we’ll have an even better score, and we’ll be able to start another war just like it in, oh say, Nigeria.

And after Nigeria, maybe Mynamar? How about Tibet at last? Why, my goodness, we could be remarkably SAFE with the rest of the entire world burning up!

Click Here for the answer to the question about who was quoted in the red box above.

So get it right, Rachel and Chrisses. The policy did work. And it’s wrong.