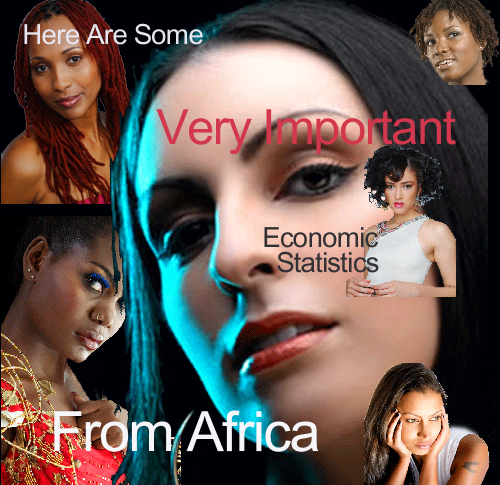 The American demographic is changing, the earth is heating up, and lipstick is the only way to understand how well Africa is doing and how far behind America is falling.

A U.S. presidential election provides an incredible snapshot of America, because so much data and polling and social introspection goes on. Much of it confirms my long-stated beliefs that America is yet impeded by racism and sorely crippled by under education.

And that means much of America just doesn’t accept reality. Like global warming. Or like how Africa is becoming so modern, innovative and holds the potential to outdistance America on a number of fronts.

And now I’m writing about a topic I know so much about: cosmetics.

A new Kenyan beauty products company is achieving some unique success and might well enter the American market. We often criticize foreign-made products (particularly from China) because they often have a great price advantage. An advantage sometimes associated with inhumane labor practices or outright government subsidizing.

Not the case with SuzieBeauty. Her products might cost less than Lancome but it’s not because of slave labor. It’s because the division of wealth on earth is so skewed that the “richest” in places like Kenya are still less rich than in America. But that not by as much as you probably think!

SuzieBeauty is a perfect example of how American accomplishments are being exploited and enhanced faster by non-Americans than they are by Americans.

Suzie Wokabi is the founder of SuzieBeauty, and she’s Kenyan, of course. But she spent some time in the U.S. where she graduated from college and then joined the fashion industry. She became certified for media make-up and then worked for five years in New York before returning to Africa in 2007.

There and then in Africa, educated and experienced by everything wondrous in America, she really blossomed.

SuzieBeauty’s main standard-size bright colored lipstick costs about $10. A similar lipstick from MAC in the U.S. costs $15. This 50% difference is true through almost all of the beauty products offered by each company. One Kenyan and one American.

There are several interesting things about this.

The big difference between the Kenyan government’s own determination and the CIA’s has to do with many factors, most notably the exchange rate which organizations like the CIA weight over longer periods of time. But regardless, either figure when compared to the American one suggests a society in Kenya of abject paupers. And it’s these numbers that teachers often use in high school much less college.

Africa and most of the third world have been growing so rapidly over the last several decades (as high as 10% per year, compared to developed countries 3-4%) that their societies have become radically divided economically.

And that stat applies to most developing countries. And to be sure that’s an enormous problem. In Africa that metric is most pronounced in South Africa, where the country is fairly rich but huge portions of its population are abjectly poor. The labor unrest and social disturbances plaguing the country right now reflect this division.

Redistribution of wealth is a hot topic in the U.S., and one that few politicians are ready to embrace. But it is taken for granted in the developing world, because it’s understood without it their societies will explode.

But the point of this blog is not to lobby for redistribution. It’s to demonstrate that America’s top 10% and Kenya’s top fifth-or-sixth are not chasms apart. They’re about 50% apart, the difference of the cost of Suzie’s lipstick and Mac’s.

The developing world benefits from the youth of its societies which are unbridled by hundreds of years of law to be sure, but which are also unfettered by custom. But most of all the developing world is willing to experiment and explore new if radical social constructs which old places like America are so afraid to do.

You’ll never hear Kenyans talk of “founding fathers” or restricting their social responsibilities to what men in wigs 200 years ago thought was right.

Not your normal lipstick manufacturer. I can hear Kenya smacking its lips right now!