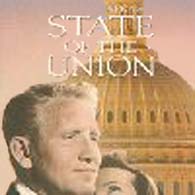 Tonight it’s possible that more viewers outside the United States will watch President Obama’s State of the Union than from his own country.

Brian Williams’ and Katie Couric’s audience shrivels when compared to that of Owen Bennett-Jones, who today ends his BBC World Service specials on America just before airing the State of the Union live around the world.

“Is America really obsessed with God, gays and guns?” Bennett-Jones asks, today, as his final introduction to the world’s most powerful leader’s annual speech.

Nairobi’s Capital FM Radio’s Eric Latiff reminded his fellow citizens on the eve of the address that corrupt Kenyan leaders “ will NOT step aside to allow investigations …unless foreigners (read donors) push them out of office.”

Like we do in Ecuador and Honduras, Afghanistan and Iraq, Thailand and Laos, and Rwanda and Uganda as well as Latiff’s Kenya.

We rule mostly by money, but also by arms (which seem to be less effective, today).

So today in Kenya, for instance, the U.S. announced it was withholding around $30 million promised for the country’s education system because of corruption. We also announced continued and increasing travel bans on certain Kenyan officials from entering the U.S. (where most of them store their money).

There is nothing illegal or immediately immoral in these powerful acts, and in Kenya most citizens actually support them. Because as in the U.S. right now, most citizens distrust the bums who have been elected to govern them.