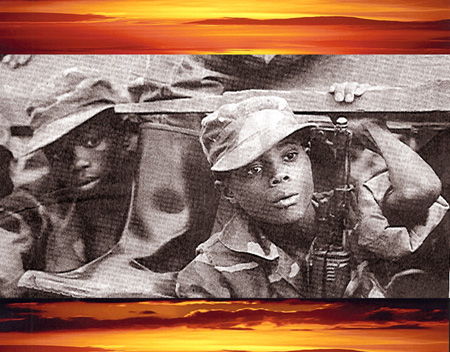 Less than 24 hours after the UN Security Council approved continued funding of the Somali peace-keeping force, that force may have been routed from the capital by al-Qaeda.

After a night of intense fighting in Mogadishu, the blogosphere is replete with claims that al-Shabaab (al-Qaeda in Somalia) is near to taking over. Reuters was unable to make contact with any of the UN Peace Keepers.

“This fighting was the worst in months,” Mogadishu resident Ahmed Hashi told Reuters.

The world’s recent attention on Yemen as a cauldron for al-Qaeda growth came way too late. And now it seems not even the UN realizes how serious the situation in Somalia is.

This incessant game of catch-up, of pushing the “War Against Terror” from one country to another and always too late, now threatens the legacy of stability the west helped to create in East Africa.

The UN force had been trying to protect the pitifully weak “interim Somali government” which has not even controlled the entire capital city for the last year.

Al-Shabaab on the other hand has slowly established control over a huge portion of the country. In October these mostly foreign fighters took control of large towns near the Kenyan border.

Only the pirate-held area near Kismayu seems out of al-Shabaab’s grasp.

And where are all these weapons coming from? We’re not talking about machetes. There are tanks and missile launchers.

The fighting today reminds me of the 1980s Cold War days when America-backed Somali fought Russia- backed Ethiopia in the useless Ogaden desert that separates the two countries. Thousands of tanks. Thousands and thousands of mortars. Even jet fighters. For a completely useless piece of land.

That legacy left want and destruction then chaos, and at the time most of us didn’t even know that battles which rivaled those of WWII were going on the Horn.

We left want and destruction all over the Horn, proxy battles for the parlor room politics back in Washington and Moscow. The McCarthy hearings were shameful, the Vietnam War apocalyptic to world peace, but the number of Ethiopians and Somalis who were killed in the 1980s fighting for Communism vs. Capitalism and since killed as a result far out numbers the 58,196 names on Washington’s Vietnam Wall.

That was a generation ago. The children born then, now the fighters of al-Shabaab, now know no other life.