In the last month, South Sudan has asked neighbors and the international community for teachers to staff universities, for money and logistical help for demobilization, disarmament, and rehabilitation of combatants, for ideas on a new national anthem, for help with their financial sector and several hundred other large and small matters that require more or less immediate attention.

All of these requests did not surprise anyone.

One request did surprise me though– South Sudan also asked for $140 million to begin rehabilitating their game parks as a top investment priority.

Let me offer a few new associations for the soon-to-be-independent South Sudan—jungle, wetlands, teeming with wildlife, and a migration comparable to the Serengeti.

South Sudan is home to one the largest wetlands anywhere—the Sudd—or barrier, in Arabic.

This massive wetland and the Sahelian swathes that border it have traditionally supported all manner of charismatic animals including elephants, lion, hippopotami, and crocodiles, as well as lesser known (at least to a laymen like me) fauna such as the Nile Lechwe (an endangered species of antelope), Tian, Reedbuck, over 400 species of migrating birds, and amazingly, a population of around 1.2 million White-Eared Kob. 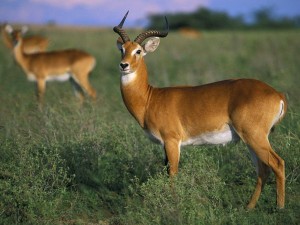 In 2007, the United States Agency for International Development and several other international donors worked with the Wildlife Conservation Society to conduct aerial surveys of Southern Sudan, essentially to confirm that the 30 years of intermittent fighting had indeed decimated animal populations.

Against all hope, they found many populations alive and well. Elephants, hippos, and other meaty animals had indeed suffered, but many had weathered the storm. 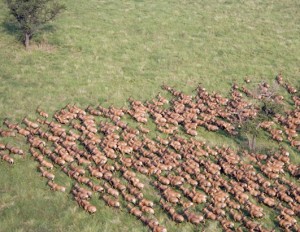 Elephants have dropped from somewhere in the neighborhood of 20,000 to around 6,000.

Zebra are all but gone, and Heartebeest numbers dropped about 95% in total. Many of the animals that survived did so by hiding out in the Sudd, where swampy conditions provided a measure of isolation.

Currently, 98% of South Sudan’s revenue comes from oil. Production will peak in the very short term before beginning a 20-30 year decline after which the wells will simply dry up.

I would value expert opinions on the viability of a real tourism industry in S. Sudan; is there an adventure market that will relish the ‘untapped’ feel of a safari in South Sudan, will private companies invest long term in such an unstable environment, will oil extraction finish off the animals the war never managed to reach?

Most importantly, how can a country with so much human need spend the required sums on wildlife preservation?

In late 2010 National Geographic ran an interesting short piece on the relationship between the multitudes of identity groups in S. Sudan and the wildlife.

The author claims that history has forged a deep bond between people and wildlife in South Sudan.

For centuries, slavers and poachers, often the same people, came into modern day South Sudan to take away slaves and Ivory.

This linked the elephant and human populations groups together as victims in the minds of the tribes.

More recently, both people and animals took refuge in the deep bush or in the swampy Sudd wetlands to avoid the violence, once again creating a bond between human and animal, this time as fellow displaced persons.

This claim interests me quite a bit—that story resonates emotionally, and has certain logic to it, but my experience in Africa has been quite different.

In West Africa, people viewed wildlife as a nuisance, and from my brief experience in East Africa, it seemed like farmers and pastoralists felt the same way.

I came away with the impression that romanticizing wildlife was a privilege for those whose crops weren’t being eaten.

To wrap up, whether or not South Sudan can preserve this habitat for tourists seems immaterial to me. It is one of the most important wildlife habitats on the continent.