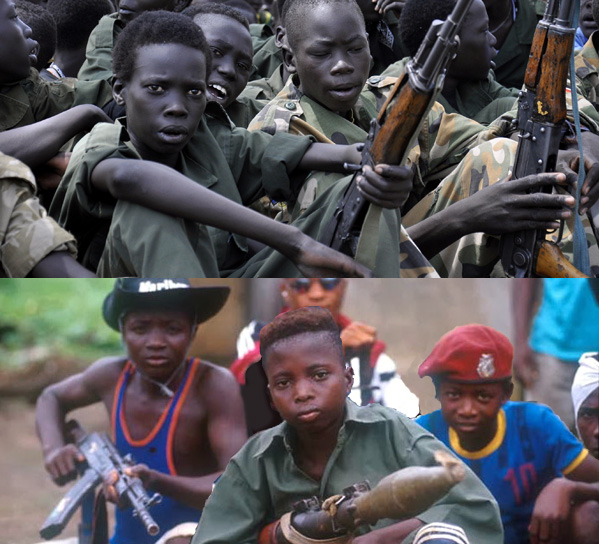 Let me try this one: Support gun control in America because it will make Africa less violent.

So we’ll just glaze over the subject about whether America should have any interest in Africa. Yes, it should. And vice versa, by the way, so we’ll call it bipartisan.

The South Sudan is becoming so violent and uncontrollable that a lot of outsiders – particularly aid-givers – are about to give up.

Around a single Catholic Church, the St. Mary Catholic Cathedral in Wau, 16000 (yes, that’s thousand) refugees crowd the ground for sanctuary against the growing violence.

One mother told an aid worker yesterday, “I’ve been here two weeks, since the soldiers chased us out of our house and burned it. We have nothing, not even salt. Our clothes are dirty, and some days all we have to eat or drink is water. We’re waiting. I don’t know for what, but we’re afraid to go back home.”

By the way, there is also the drought of the century. But that seems incidental to the continued fighting and attempts by the UN Security Council to stop the flow of arms into the country has been unsuccessful.

The South Sudan receives more aid than any other African country per capita. There is a famine and people are starving. It’s simplistic to conclude that the aid goes to buy weapons, which is undoubtedly true but not half the story.

Virtually everyone has a weapon. Children are born in huts stuffed with modern rifles and grenade launchers. They grow up with these modern high-tech killing things like most children grow up with soccer balls.

There is only one kind of job in the South Sudan for a male, a soldier. It’s been this way for 35 years, almost two generations.

The South Sudan does not have a single factory, much less one that builds weapons or weapon parts or assembles weapons. Some one, some entity, some government has to sell them weapons as a way of getting back their aid.

A Security Council attempt in December to place an arms embargo on South Sudan was stopped by China, Russia and (this will surprise you), Japan. I have to believe that Japan abstained from the resolution because of some technical reason, or because their constitutional constraints on matters regarding weapons prevented them from voting.

But China and Russia are big suppliers of weapons. Russia is the bigger. China’s policy is often conflated with a theory of non-involvement. Russia is the least common denominator, the evil one.

So now that we’ve got that figured out, why ban guns in America?

I can’t believe you asked that question. America is the largest weapon provider on earth. Russia is second. There is an intrinsic characteristics of all weapons: they hurt. They avoid discussion, debate or democratic resolution. They cut to the chase. They get you what you want whether the giver wants to give it to you or not.

That’s America, today, at least a large part of it. It’s not new. It’s been growing for years, probably just as long as the war in South Sudan.

Everybody is connected. Everything is connected. Until the culture of weaponry stops, there will be no peace in Africa, no safe streets in Baltimore.

The state of the world in my opinion has never been more wretched and misaligned to the better natures of the human spirit than now. No task is more compelling or daunting. We’ve got to stop hurting. Knives hurt less than guns. Boomerangs hurt less than knives. Fists hurt less than boomerangs. Go as far as we can. Start with guns.