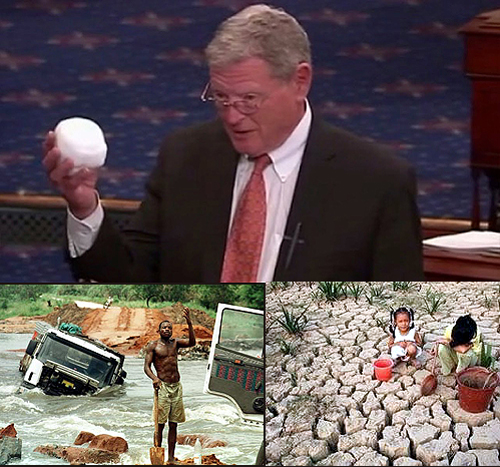 My nine weeks in Africa convinces me the most pressing issue of our time is climate change.

I’ve returned from a series of safaris with some of the most memorable moments of game viewing in my career. I met some incredibly wonderful new people and reacquainted myself with a number of dear clients.

From South Africa through Botswana into Tanzania, new political and conservation initiatives gave me optimism, but unfortunately the common theme dominating every single day was how destructive climate change has become:

To the animals, to the veld and most of all, to the people.

Of course negligence, corruption, bad politics and dysfunctional science also provide plenty of negative influences as well, but there is nothing – nothing more threatening to Africa’s future than our unprecedented global warming.

Cape Town normally has a mean high temperature in March of 77̊F. On March 3, while I was in Johannesburg, the temperature reached 108̊F, a whopping ten degrees higher than ever seen there before.

An alarming two percent of the precious Cape Flora Zone, the most unique and smallest of the six such zones in the world, was lost to fires.

We toured the wine country on highways with fires on both sides.

In Botswana a quarter of the unique Okavango Delta was lost this year to drought and fire. This is unheard of.

I arrived in Tanzania at the end of a six week drought. That drought came after record rainfalls in December, amounts that exceeded half the entire season’s normal precipitation in places like Ndutu.

The drought ended with devastating downpours. The Serengeti Super Storm that we experienced just a few days ago may be unprecedented.

The flip-flopping of extreme climate: droughts to floods to droughts, decimates animal populations as we discovered this year with the wildebeest. It endangers and enrages animals, as we discovered with several elephant events.

Though my second safari saw a Tanzania as pretty and green and lush as I have ever seen, the withered and stunted crops that had survived a traditional schedule of planting at the beginning of the rainy season had already succumbed to the drought.

Not just agriculture is disrupted. In my own industry, tourism, extreme weather and unpredictable flip-flopping of season terribly disrupts property management that has until now depended so much on predictable seasons.

Building and renovations – particularly on the exteriors of lodges and camps – have traditionally been done at the end of the rainy season, which coincides with a lingering low tourist season: May and early June.

Landscaping, tempering of murramed walkways and gravel paths, sealing of tarred thatching … these depend on a wetter environment that have traditionally occurred at the beginning of the rainy season.

But now it’s anyone’s guess as to when it will rain or not. And when it does, it’s so severe that traditional construction methods are jeopardized.

The main result and symptom of global warming is radical changes in climate. Yes, the world is slowly warming and that has many long term effects.

But short term devastation is not the result of warming, but of extremes: more violent weather, more cold then more hot, more drought then more floods, following on the heals of one another quicker and quicker.

That’s the horror I witnessed this season in Africa, and I felt ashamed and embarrassed at how my society at home seems so insensitive to this and therefore terribly inhumane to the less fortunate of the world.

We’re much more capable of protecting Brooklyn from the violence and rising of the sea than islanders can protect Honiara. We can react more immediately to changes in our fishing seas, to threats to our agriculture and even just to the disruptions of our commute to work than any place in Africa can.

So we kick the can down the road with greater confidence that the road spans a long enough period of time that something can be figured out: that new technologies, or new political alliances or who knows what will ultimately come to our rescue.

Africa can’t wait. The wilderness, the animals, the people … they don’t have the luxuries of our development.

Climate change is killing them far more effectively than ebola or ISIS.