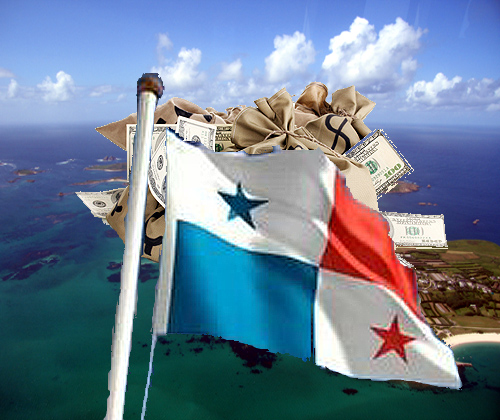 Ever since the leak last week Kenya’s Daily Nation has published multiple stories of hanky panky exposed by the Panama Papers. One of their best is about a shady Danish character who has terrorized Kenya for some time, and the story makes Agatha Christi look like a children’s author.

Peter Bonde Nielsen arrived in Kenya some 30 years ago and learned quickly the political racket. (In the U.S. we call it “lobby.”) He was often seen among the most powerful politicians.

Then, he was rich.

His penultimate scandal was a few years ago just as Kenya was designating a huge amount of land near the town of Kajiado for a massive industrial and high-tech development scheme. Surprise, Nielsen owned a lot of the land.

But as often happens with tricky surveys, the airstrip was laid over various plots owned by different people before they were contacted or bought out. Nielsen, who had built a luxury private lodge in the area to woo his politicians was so furious that he turned his anti-poaching unit into a fully armed militia.

Meanwhile the true owners of the place, two different clans of Maasai, began to argue over the ownership of this increasingly valuable land and challenged Nielsen’s militia. Skirmishes, gun battles and fatalities ensued.

Not good for PR. Nielsen’s influence began to slip.

[Important Digression: there are more “Avon” companies in the world than under any other name. Guess why?]

The address of Nielsen’s “Avon” was Titan Hangar, Wilson Airport. As the heat on Nielsen increased he bought a company, called Titan Worldwide Ltd. (TW) [no website] through Mossack Fonseca, the law firm central to the Panama Papers.

Don’t confuse TW with Titan Aviation that owned the hanger which was the address of Avon, and please don’t confuse it with Atlas Air Worldwide, the actual owner and parent company.

Then two years ago Avon is sold to a Mossack Fonseca law firm in the British Virgin Islands, Harneys, allowing Avon to remove all its assets and records from Kenya. There is now nothing left in Kenya with which to investigate Nielsen.

This story shows that illicit fund transfers aren’t simply theft, but masterful paths for all kinds of deceit.

Developing countries – especially those in sub-Saharan Africa – are losing a greater percentage of their GDP to illicit financial transactions than any other part of the world.

As journalists throughout Africa delve into the Panama Papers it becomes clear once again that Africa’s being hurt the most. And it’s not as detractors would presume only or even mostly African potentates stealing people’s money, although they figure well enough in the scandal.

“African states need cash for development, but their tax revenues are lower by the billions than they should be because of illicit financial flows,” South Africa’s Daily Maverick explains.

It’s absolutely true that it takes two to tango. Nielsen needed corrupt Kenyan politicians, and they are – or at least were, a dime a dozen. But Africa is replete with these morally depraved opportunists from the western world. They come in all forms from evangelical preachers to crooks like Nielsen.

But note: Without a Mossack Fonseca skilled in taking advantage of the terrible weaknesses of our global capitalist system it would be a lot harder for these guys to make their scam.