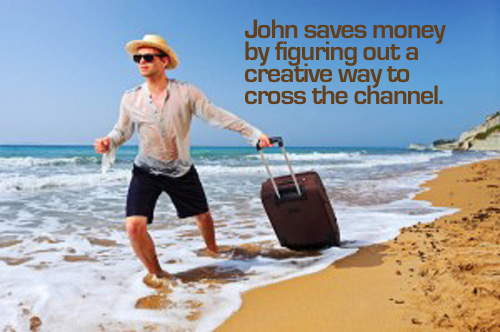 For some clients, today, traveling for leisure is being squeezed by the economy. And as a result, they’re making some very dangerous decisions. Tight economic times are absolutely not the time to dismiss expert advice.

I can think of no better example than the horrible tragedy last Friday in Tanzania. One of the ferries that plies between Zanzibar and Dar capsized. At least 200 people are dead or missing.

The usual way for a tourist to get between mainland Tanzania and Zanzibar is to fly. From Dar, the quick 15-minute flight costs around $60. Recently, I had a client booked this way who discovered on her own that one of the 5 daily ferries between Dar and Zanzibar would cost her only $8.

Now my first task was to determine if this was really a budget issue or something else. Since her overall safari was well over $5000 it seemed silly she would be interested in saving $50 particularly when it wasn’t very comfortable and took 6-8 times as long.

But it seems so romantic, she said.

A ferry that is licensed to carry 400 people and that often carries 600 is not particularly romantic.

I have nothing else going that day, she retorted.

At this point, one begins to wonder if this is becoming one of those epic battles between the expert (me) and the client (her) over my alleged disrespect for her budgetary and travel research capabilities.

I’d like to get to know the local people, she added.

At which point I laid down the gauntlet and said the ferry schedule was totally unreliable, they only depart when they fill up, they have a terrible safety record and my straight-out advice is don’t do it.

Fortunately, she wasn’t on the ferry last Friday. Her ferry went off more or less on schedule, it was a fine sailing day, and I’m sure she’s telling everyone she meets that it was one of the best parts of her safari.

And that she really had to fight with her travel expert to do it.

This isn’t just an “I-told-you-so” anecdote. As a traveler, you can do it on your own, or you can do it with an expert. A lot of people can do it on their own quite well, and I’m the first to champion the feelings of personal accomplishment and excitement that comes with plotting your own distant explorations.

But don’t mix and match.

Personally arranged travel to exotic places carries significant risk that is a part of the whole adventure experience. I know that better than anyone. The challenge of personally overcoming intrinsic difficulties are the same as felt by the climber of McKinley or the swimmer of the English Channel.

But here’s the point. Had she arranged her own safari on her own completely, she would have learned that the ferries are unreliable and dangerous. She might then – as I have, especially in my youth – played the odds and gone, anyway. And in her case, she would be vindicated.

But she had no clue. Because she relinquished the responsibility initially to me to get her to Zanzibar from the mainland, I (a) did not believe that she wanted a daring experience and (b) knew that the 1% savings of her trip was not worth the added risk.

She was not in a position to make such a determination.

So what was her beef? Well, in all honesty, I think the squeeze of the economy is getting to people. Like so many others, this was a trip of a lifetime for her. A retired teacher, she had saved and saved, and no doubt those savings were less than she expected.

And probably she felt the villains who reduced her 401K weren’t so dissimilar to the villain (me) who was trying to extort her.

Beware, dear travelers, of projecting your angers and stress onto your advisers. Most of us aren’t going to ask you to pay for something you don’t have to do, and we certainly aren’t going to jeopardize the possibility of giving you a “trip of a lifetime” so you can save a penny with Davey Jones.